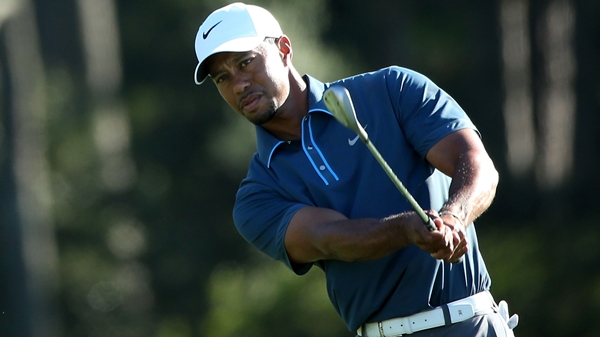 AUGUSTA, Ga. – Tiger Woods played a practice round Tuesday at Augusta National, a strong indication that the four-time champion could make his return at the Masters.

Mark Steinberg, his agent at Excel Sports Management, confirmed in an email to The Associated Press that Woods played 18 holes.

Still to be determined is whether he returns for the Masters next week.

Woods has not played since he withdrew at Torrey Pines on Feb. 5 after 11 holes because of tightness in his back during a chilly, fog-delayed opening round. A week later, he said he would return to competition when he had the game for it.

“My play, and scores, are not acceptable for tournament golf,” Woods said in a statement Feb. 11. “Like I’ve said, I enter a tournament to compete at the highest level, and when I think I’m ready, I’ll be back.”

He has missed the Honda Classic and Arnold Palmer Invitational – he was not eligible for Doral this year – since the statement. There have been second- and third-hand reports that Woods has been practicing near his home in south Florida.

Woods could make an announcement about his Masters plans this week, though it is not necessary. Unlike a regular PGA Tour event, players with a Masters invitation only have to register before they tee off in the opening round on April 9. It would be unlike Woods to do that. Instead, he likely would inform the club of his plans before Sunday.

Woods played in the 2010 Masters without having competed in nearly five months. He tied for fourth that year, though he was No. 1 in the world and his previous tournament was a victory in the Australian Masters.

He now has dropped to No. 104, his lowest ranking since September 1996 a week before his first pro victory. He has not recorded a top-10 finish since the end of 2013. And his limited golf this year has been the worst of his career. Woods shot 82 in the Phoenix Open when he missed the cut. He hit standard chips that didn’t reach the green or sailed 30 yards long during the 47 holes he has played this year.

The Augusta Chronicle first reported that Woods was in town after a plane matching the tail number of his Gulfstream G5 was parked at the terminal for private aircraft at Augusta Regional Airport.