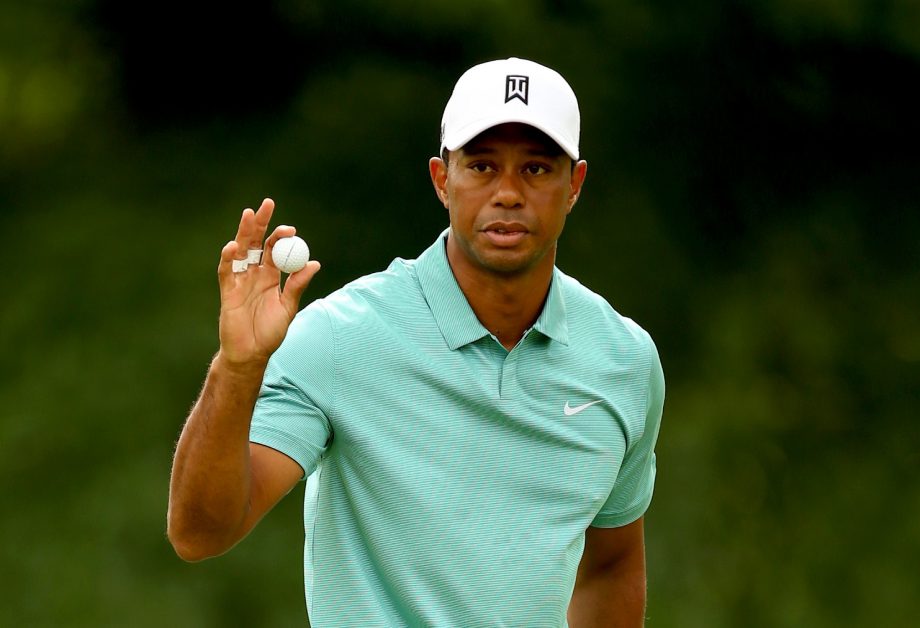 WHITE SULPHUR SPRINGS, W.Va. – For a change, Tiger Woods got off to a good start.

Woods rebounded from a dismal U.S. Open with a 4-under-par 66 in Thursday’s opening round of The Greenbrier Classic, four shots behind leader Scott Langley.

Helped by a morning rain that softened the Old White TPC course in West Virginia, Woods posted his lowest score of the season and matched his best in relation to par.

It was only the fourth time he shot in the 60s in 21 rounds. None on the first day of a tournament.

“Overall I can’t really say I hit any great shots, but I hit a lot of good ones,” Woods said. “I hit the ball better than what my score indicates.”

Woods came to Greenbrier ranked No. 220 in the world and faced with the prospect of missing cuts in consecutive tournaments for the first time since 1994, when he had not yet turned pro.

For one round, at least, his solid game returned.

“Overall, if you drive the ball well here, you’re going to probably have at least seven shots with 9-iron or below into the greens, and you’re going to have to capitalize on that,” Woods said. “So far I’m one of those guys who did.”

Woods started on the back nine Thursday and birdied three of his first seven holes. He made bogey on the par-5 17th after his drive went into a hazard to the right, and a double bogey from a greenside bunker on the sixth hole left him at 1 under on his round.

Woods said he adjusted his aim later in the round after noticing that playing partners Steve Stricker and David Lingmerth were missing putts on the high side of the hole.

“I lowered my line just a touch, maybe half a ball here and there, and it seemed to pay off,” he said.

“Just trying to get back to 3 (under), and we just happened to pull off a hat trick coming home,” he said.

Jonathan Byrd and Danny Lee were a stroke behind Langley after 7-under 63s. Brian Davis and Ryo Ishikawa were at 64.

Friends Langley and Byrd both said they fed off each other during their morning round. They were tied at 7 under before Langley surged ahead with a short birdie putt at the par-4 16th.

Neither has a top 10 finish this season and both need some solid results to be among the 125 qualifiers for the FedEx Cup playoffs starting in late August.

“I got a little down on myself earlier in the year because the results weren’t really there,” Langley said. “I kind of looked at myself in the mirror and said, you know, at the end of the day, I need to be the most positive guy in the field week in and week out.”

Langley, seeking his first win on the PGA Tour, finished 25th at the Travelers Championship a week ago. He hit 17 greens in regulation in his bogey-free round Thursday.

Byrd is in the tournament on a sponsor’s exemption.

“I’m very thankful just to be in the field this week,” he said.

Leading the way for Canadians in the field was Calgary’s Roger Sloan who shot a 4-under 66, while Graham DeLaet and David Hearn both fired 2-under par.