Tiger Woods to return to PNC Championship with son, Charlie 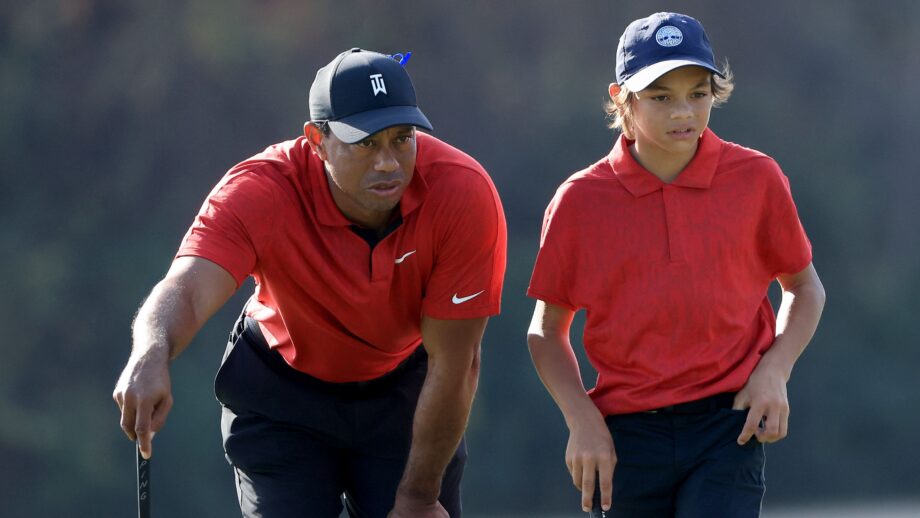 ORLANDO, FLORIDA - DECEMBER 19: Tiger Woods and Charlie Woods look over a shot on the 15th hole during the final round of the PNC Championship at the Ritz Carlton Golf Club Grande Lakes on December 19, 2021 in Orlando, Florida. (Photo by Sam Greenwood/Getty Images)
Associated Press

ORLANDO, Fla. – Tiger Woods and 13-year-old son Charlie are returning to the PNC Championship with hopes of doing one better than last year.

The 20-team field is for winners of majors or The Players Championship and a child or parent. This will be the third time Woods plays. A year ago, he and Charlie finished one shot behind John Daly and his son.

“We have been looking forward to this week all year,” Woods said. “This is such a special opportunity as a dad to get to compete with my son against so many golfing greats and their family members. It is going to be a very special week and I know that Charlie and I will have a blast.”

Woods has not competed since he missed the cut in the Open Championship at St. Andrews in July. He was schedule to play in his Hero World Challenge in the Bahamas, a 72-hole event against a 20-man field of the world’s top players, but withdrew due to plantar fasciitis in his right foot.

He also has a made-for-TV exhibition on Dec. 10 with Rory McIlroy as his partner against Justin Thomas and Jordan Spieth.

Thomas and Spieth also will be at the PNC Championship with their fathers. Thomas and his father, longtime club professional Mike Thomas, won in 2020.

Annika Sorenstam is playing again, this time with her son, Will. The PNC field also includes Nelly Korda and her father, Petr, a former Australian Open tennis champion.