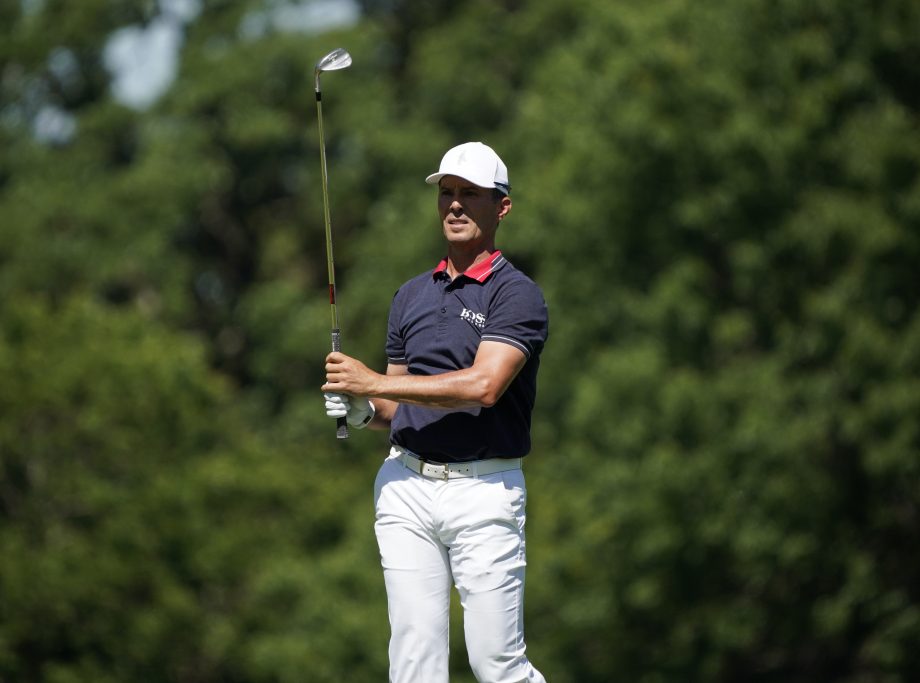 DES MOINES, IOWA - JUNE 04: Mike Weir of Canada hits from the 10th fairway during the first round of the Principal Charity Classic at Wakonda Club on June 04, 2021 in Des Moines, Iowa. (Photo by Ed Zurga/Getty Images)
Canadian Press

“I got some really good breaks and I had some really good chances that I missed, but I made some great putts,” Herron said. “This is the most putts I’ve made in probably a decade. Hopefully, just going to keep it going and keep the putting stroke smooth.

He’s playing the event and Wakonda for the first time.

“It’s very hilly and it’s old school, it’s pretty crazy up-and-downs,” Herron said. “It’s what I grew up on. I’m from Minnesota, so it’s kind of the same grass around the greens. I get the feel on the reads.”

Shane Bertsch and Rod Pampling were second after 67s.

Canada’s Stephen Ames sits T9 and 7 under, after shooting 69 during the second round.