The times, they are a-changin’ 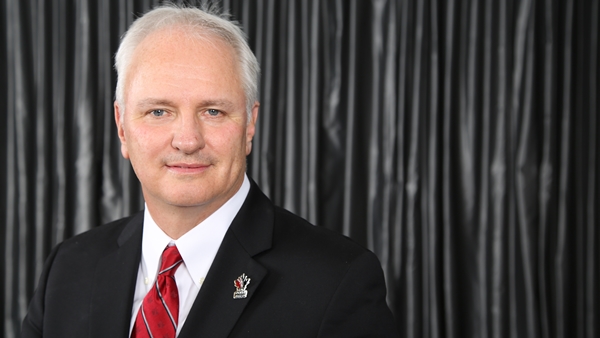 Timing and balance are vital in golf. Not just in the swing itself, but in the context of the future of the game.

That has been demonstrated recently at Golf Canada—from its anointment as the National Sport Federation for the game, to its rebranding from the Royal Canadian Golf Association, to its revamped governance model that has seen a more inclusive, balanced leadership at the Board level.

That was evident at the Golf Canada annual general meeting in February when Paul McLean was elected the 112th president of the venerable association. McLean of King City, Ont., is known throughout the Canadian golf industry as co-founder and president of Maxium, one of the country’s leading privately held leasing companies, with assets exceeding $1 billion. A significant portion of that billion dollars is focused on approximately 800 golf courses, which Maxium supports through leasing, loans and mortgages.

In contrast to the past, where Golf Canada Board members made their trek to the top job through volunteerism at provincial associations and moved up through the ranks, the association also now identifies qualified individuals to join the Board to share their business acumen. McLean was invited to do so in 2008.

“It is a sign of the times,” says McLean, 57. “The association needed to capture a broader experience profile and varied expertise to balance the Board. As a result, we now have not only geographic balance but a balance of skill sets and perspectives. We have the breadth and depth we need going forward.”

There is no question that the timing is right to have McLean at the helm. A member not only of Golf Canada, but also of the National Golf Course Owners Association and the Canadian Golf Superintendents Association, he understands intimately the urgency of building bridges among all the stakeholders in the game.

“This is big business,” says McLean. “Golf has a $14.3-billion economic impact in this country. There are about 37,000 golf events in Canada each year, raising about $500 million for all sorts of charities. But we realize we have to address declining participation and other challenges. We need courage, focus, flexibility, energy, from every sector of the game to meet those challenges. Everyone is passionate about the game, but we have to harness that passion.”

“Passion” is a word that McLean uses frequently when speaking about golf. His passion for the game began when his Grade 7 teacher gave him three old clubs. When his parents decided that chipping and putting on the living room carpet was no longer acceptable, he moved on to a local driving range, then to a couple of executive courses. At 14, he graduated to a full-sized course where, if you waited until the end of June, you could get a junior membership for $35. “I think, given the number of rounds I played, it worked out to about 25 cents a round!”

Whatever the cost, the payoff was worth it. A natural athlete, he quickly won the junior championship and then the overall club championship at the age of 16. He still carries an enviable handicap factor of 1.

As a tribute to his lifelong work ethic, he managed those accomplishments and maintained top grades while working at the family’s creamery. During the school year, he would rise before dawn to drive a truck to various dairies, returning in time to get to class. That discipline has stood him in good stead to this day.

After obtaining his bachelor’s degree and MBA at McMaster University in Hamilton, where he played varsity hockey and basketball and was a teaching assistant, he was hired by Xerox. There he learned the fundamentals of the lending business, which he used to found Triathlon Equipment Leasing, a steppingstone to Maxium.

In addition, he is a member of ownership groups at Coppinwood Golf Club in Claremont, Ont., and Oviinbyrd Golf Club near MacTier, Ont. It is a wonder he finds time to spend with his wife Carol and his two children, a daughter who attends McMaster and a son who is in the Professional Golf Management Program at Humber College and plays on their golf team.

“I enjoy everything I do,” says McLean. “I don’t need a lot of sleep and I have always been energetic.”

He will need all that energy in the coming year as president of Golf Canada. He cites the new membership model, which will be introduced over a three-year period, as a prime initiative.

“We have a lot of great programs, but we need to make every golfer in Canada aware of them. There is a mindset among a lot of people, a preconceived notion, of what Golf Canada was and what we did. We have to change that misconception and quickly. Those days are gone. We’ve come a long way in a short time. Now we have to get everyone on board.

“I don’t suggest by any means that this will all happen in one year, my year as president. But I am honoured to be part of the process and will do my best to help that happen.”

Get to know more about McLean by watching his Golf Canada presidential induction speech below.