Tips that could be useful this week to Brooke and… Brittany 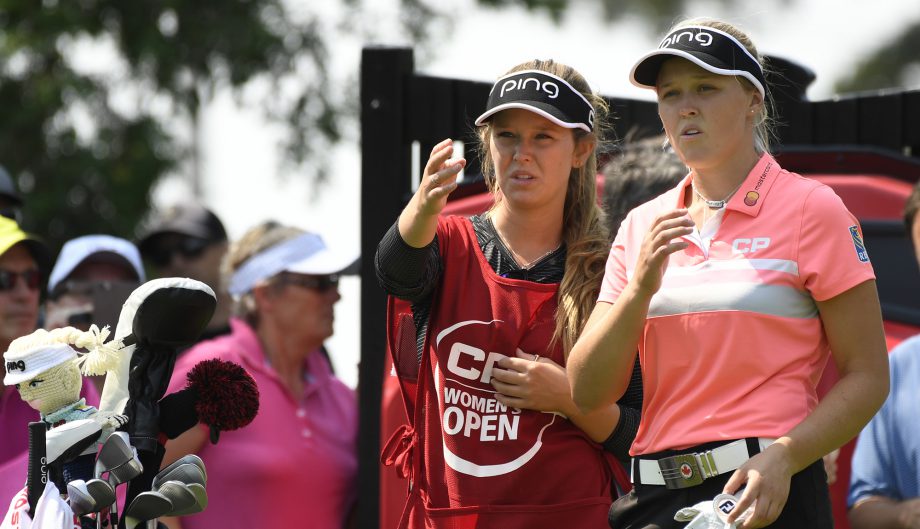 No, no mistake. If this week at the CP Women’s Open at Ottawa Hunt, and for golf in general in Canada, belongs to Brooke Henderson, even though the field features 92 of the top 100 players in the world, it also belongs to her big sister Brittany.

Five years older than the gifted 19-year-old superstar, Brittany is also very much at the forefront as caddie.

Brit, who spent her junior years playing in Quebec by the way, put her competitive career aside for the last three years to support her younger sister in the big league, with admirable results.

Together they won three times on the LPGA Tour, including a first Grand Slam title at the LPGA Championship in 2016, before winning the Meijer Classic this year and finishing second at the US Open earlier this summer.

So Brooke has no worries about covering any costs with the million ($ 1,038,689 to be precise) already in the bank, not to mention the even more lucrative sponsorship deals.

It is a unique and special week that begins for Brooke and Brittany.

With all due respect to Lexi Thompson, Cristie Kerr, Michelle Wie, Lydia Ko, number 1 So Yeon Ryu (with $ 1,733,008) and all the other LPGA stars, this Open belongs to Brooke.

In addition to being a member of the Ottawa Hunt, she was born and raised in nearby Smiths Falls, Ontario.

The current scenario brings me back to Jocelyne Bourassa at the Canadian Open of 1973, “La Canadienne”, which she won at the Montréal Municipal Club (today Maisonneuve Park) on home soil and to the immense happiness of this writer.

Jocelyne had offered me the privilege to caddie for her and no, before anyone else can rightly say, Jocelyne’s caddie was not nearly as pretty as Brittany.

Like today, the spotlight was not shining on the stars of the day – Judy Rankin, Sandra Haynie, JoAnne Carner, Kathy Whitworth – but rather on the local darling of Shawinigan South.

The victory was a huge deal, but so was the support of the public.

At one point, the fans were crowding their young champion so much that it seemed like all of Montréal and Québec were swinging the clubs along with her.

It’s obviously Brooke who will be hitting the ball, but here are some suggestions for Brittany by her side.

* Ask my friend Bill Paul, the director of the Open, to make sure that the best four marshals are assigned to Brooke’s pairing, not so much for security, but to make sure she has breathing room.

In Montreal, I had recruited the Calabro brothers. I can assure you that it became very quiet when they shouted “Attention! La petite Bourassa is teeing off”!

* With all the pressure on her, Brooke’s clubs will feel very heavy at first, hence the importance of staying relaxed and thinking positive thoughts.

* Patience is essential. Even if it takes a little time to get things going, remember that the Open is a four-day event, not four holes.

Brooke has so much talent that she cannot help but get fired up. There’s nothing better than a sequence of birdies to transform the pressure into a huge wave of support and love.

* But above all, the sisters must remember to really enjoy this week; that is the key to everything.

This is my wish for you both, Brooke and Brittany, that you will have the opportunity to talk about this week 44 years later, just like I can with Jocelyne.