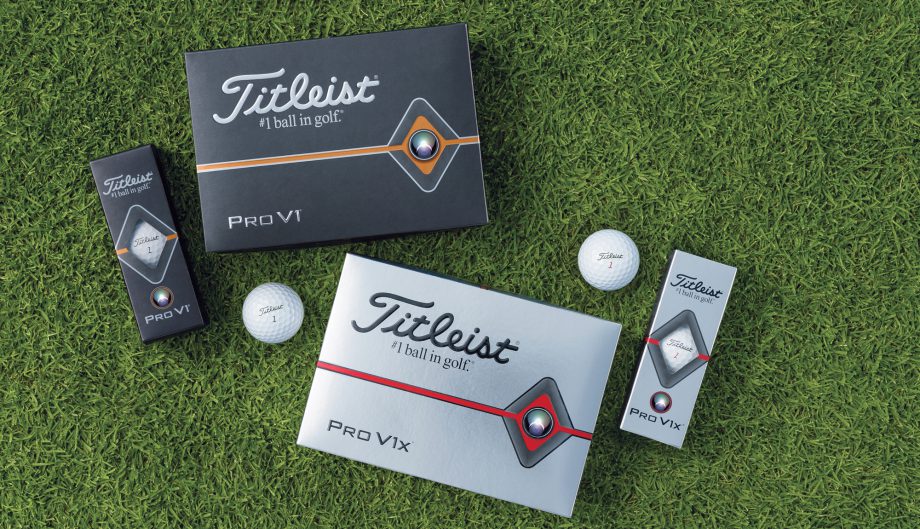 The advancements of 2019 Pro V1 and Pro V1x, now available in golf shops worldwide, underscore the Titleist R&D and Operations teams’ relentless mission to continuously improve the best performing, most consistent golf balls in the game.

“When we set out to develop the 2019 models, we found that golfers at every level are extraordinarily satisfied with the performance of their Pro V1 or Pro V1x. At the same time, golfers keep telling us they would still like more distance – as long as they don’t have to give anything else up,” said Michael Mahoney, Vice President, Golf Ball Marketing. “Through the prototyping process, our chemists and engineers discovered a way to cast an even thinner urethane cover, and therefore increase the percentage of speed-enhancing materials in the overall construction. Pro V1 and Pro V1x are now even faster, as a result, all while maintaining the scoring performance and feel characteristics that golfers demand from these golf balls.”

Innovations in Titleist’s industry-leading multi-component technology and precision manufacturing process have combined to deliver the most advanced Pro V1 and Pro V1x models yet – available for the first time in both white and high optic yellow.

The improved performance of 2019 Pro V1 and Pro V1x will also have a new preference option: High optic yellow. Following a tour seeding and validation period in early 2019, the new high visibility color option will be available in golf shops beginning March 15.

“As the demand for yellow Pro V1 and Pro V1x started to grow, our material scientists got to work on what we knew would be a significant R&D undertaking,” Mahoney said. “The performance and durability characteristics of our cast urethane are the best in the industry. It’s because we formulate and manufacture the cover ourselves that we are able to control the material with such precision and consistency. While it may seem pretty straightforward, recreating those properties in yellow required a new and complex chemistry with considerable iteration until we got it just right.”

When it comes to choosing between the total performance of Pro V1 and Pro V1x, golfers will notice similar differences in flight, feel and spin as the prior generation models. Both Pro V1 and Pro V1x deliver increased ball speed and lower long game spin for maximum distance, consistent flight, Drop-and-Stop™ short game control and long-lasting durability. Pro V1 provides optimal flight and spin for most golfers, flying lower than Pro V1x with a penetrating trajectory, with very soft feel. Pro V1x flies higher, spins more on iron shots and has a slightly firmer feel.

The continued investment in advanced technology and quality control at Titleist Ball Plants 3 and 4 – where every Pro V1 and Pro V1x are manufactured by Titleist associates to the industry’s highest performance and quality specifications – ensures that every new generation of Pro V1 and Pro V1x are the best performing and most consistent models ever. Consistency from ball to ball, and dozen to dozen, a founding principal of the Titleist golf ball business, is critical to allowing golfers to consistently execute the same types of shots, round after round.

The introduction of new Pro V1 and Pro V1x in November 2018 across the worldwide tours resulted in immediate validation and success. Playing new Pro V1 for the first time in competition, Charles Howell III won the RSM Classic in a sudden-death playoff for his first PGA Tour victory in 11 years. Howell, who made the switch from 2017 Pro V1x, shot a final-nine 31 that included birdies on three of his final four holes to make the playoff.

“The 2019 Pro V1 for me is a home run,” Howell said. “I’m getting all the ball speed I had with the prior generation Pro V1x and more. Plus, the new Pro V1 feels softer to me around the green, which I prefer. Ball speed off the driver is a pretty hard and fast measurable whereas touch and feel around the green is player dependent. I go through a fairly rigorous testing process when it comes to new equipment, but it did not take long for me to put this ball into play seeing it gives me the best of both worlds.”