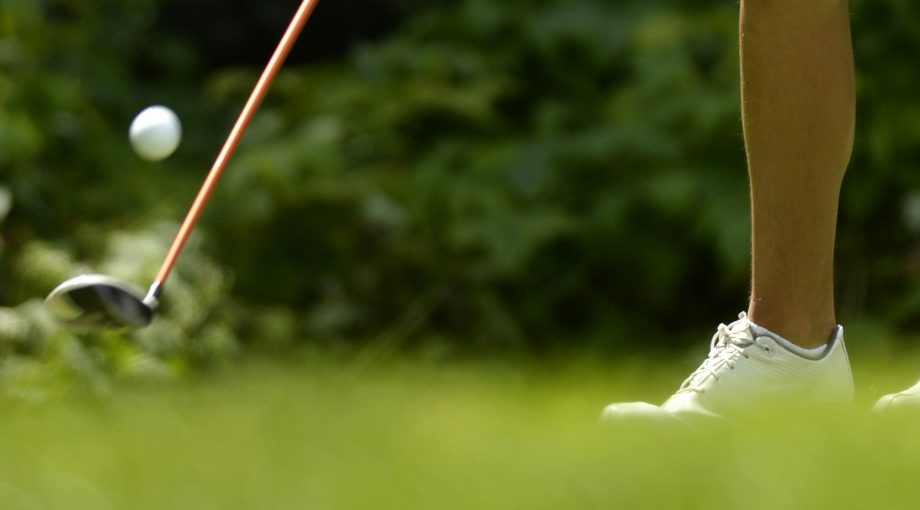 Las Vegas, Nev. – Little did anybody know in October 2000 that the Titleist Pro V1 golf ball would become one of the most revolutionary products in golf equipment history. Fifteen years ago this week, at the Invensys Classic at Las Vegas (now the Shriners Hospitals for Children Open), 47 players switched to the multi-component, solid technology Pro V1 the first week it was available, representing the single greatest pluralistic shift in equipment usage ever at a PGA TOUR event. Las Vegas was the first event in which Tour players could play Pro V1 in competition after it was added to the Fall 2000 Edition of the USGA Conforming Golf Ball List.

Today, Pro V1 and Pro V1x are the most played and best-selling golf ball models around the world. Two out of every three players across the worldwide professional tours tee up a Pro V1 or Pro V1x, and the percentages are even higher at major men’s and women’s global amateur events, the NCAA Championships and competitive boys’ and girls’ junior championships.

Bill Morgan, Senior Vice President for Titleist Golf Ball R&D, was on site at the 2000 Invensys Classic at Las Vegas to introduce the new Pro V1 to players. He described the almost universal feedback he received from those who put the new ball to the test early in the week:

“While we expected early adoption, we weren’t certain what the ball count would be, because players only had a day or two of practice rounds,” said Morgan. “Forty seven players, or over half of all the Titleist players in the field, immediately put the new Pro V1 in play. We heard from players, that for the very first time, they didn’t sacrifice anything in a golf ball. The Pro V1 provided total performance by delivering exceptional distance gains off the tee while providing incredibly soft feel and what we called ‘drop-and-stop’ short game control. It also had a durable cover that wouldn’t cut or shear the way the traditional balata-covered balls did.”

The Pro V1 was an exciting addition to Titleist’s high performance golf ball line, further accelerating Titleist’s position as the industry leader in innovative technology, best-in-class process quality and manufacturing capabilities. It was the first time Titleist had applied its expertise in large-core technology, multi-component technology and elastomer urethane technology into one product.

“The Pro V1 responded to the changing nature of the game,” said Bohn.  “The arrival of the power game on the tour necessitated golf balls that delivered very low spin in the long game, while maintaining the spin, feel and control of the premium liquid center, wound technology golf balls. We walked the fairways with players during their practice rounds, and it was amazing to hear so many great players effusive over Pro V1’s performance.  If you look at the early success of players who achieved record-setting performances, the results spoke for themselves.”

One such player was Billy Andrade, who won the Invensys Classic the first week the new Pro V1 was available, and recently recalled how it “resurrected his career.”

“I remember I was not having a very good year entering that event,” said Andrade. “I think I was around 160th on the money list and there were only a few events left. I was desperate. I vividly remember the first time I put it into play during a practice round. The ball was 20 yards longer than the Tour Prestige that I was playing at the time. I chalked some of it up to altitude, but the distance, in addition to the overall performance of the ball, was like nothing I had ever played.”

Andrade fired five consecutive rounds in the 60’s to win by one shot. Not only did players transitioning to the Pro V1 finish 1-2 on the leaderboard, they finished 1-2 in driving distance. The victory was the fourth of Andrade’s career and vaulted him from 159th to 43rd on the 2000 PGA TOUR money list. Another Pro V1 player tied for third after fashioning a closing 10-under par 62, the event’s lowest single round score.

To put things into perspective, Titleist Brand Ambassador Jordan Spieth, recently named PGA TOUR Player of the Year, was seven years old when the Pro V1 debuted in 2000 and is among several young Titleist golf ball loyalists who have never played anything but Pro V1 or Pro V1x in competition.

“I’ve been playing the Pro V1 or Pro V1x since I was 12 years old and started playing competitively,” said Spieth. “That is when I made golf my number one sport and wanted to shoot the lowest scores possible. I haven’t played another ball in competition since then. I think everybody that took the game seriously, at least my peers at the time, all wanted to play the Pro V1 or Pro V1x.”

The immediate success of the Pro V1, beginning with the Las Vegas event, created a demand for a golf ball among all golfers not previously seen before. Due to the considerable momentum the Pro V1 gained as a result of tour player usage and success, media coverage and word-of-mouth communication, Titleist accelerated its market launch from March 2001 to December 2000. After just four months in golf shops, Pro V1 was the best-selling golf ball in the market place. At the 2001 Masters, 42 of 45 Titleist players in the field teed up a Pro V1.

Not only did the Pro V1 allow tour players to reach new heights, but it also allowed golfers at every level to enjoy a better game. Previously, golfers had to make sacrifices and prioritize distance over scoring performance. They could choose a 2-piece ball that would give them distance off the tee, but that meant a loss in short game control into and around the green. With Pro V1, golfers now had one ball that delivered unmatched distance as well as the short game performance demanded by the best players in the world.

Why the name“Pro V1?”: One of the questions Bill Morgan got most after the launch of Pro V1 – and still gets to this day – is, “What does Pro V1 mean?”

“We didn’t know what to call it,” said Morgan.  “The leading tour-played ball at the time was the Titleist Professional.  We were coming up to the USGA deadline for getting balls on the conforming list, so I just put an interim stamp on for submission and I figured we would work out what to officially call it later. I wrote Pro for Professional, V for the ‘Veneer Project’ that it was called in R&D, and the number 1. I absolutely thought we would change the name but the players said they loved it – so it stuck.”

– Two out of every three golfers across the major worldwide professional tours play the Pro V1 or Pro V1x, more than five times the nearest competitor.

– The Titleist Pro V1 franchise has accounted for 2,374 worldwide wins and over 304,000 players across the worldwide professional tours since its debut.

– According to Golf Datatech through September 2015, the Pro V1 has been the best-selling golf ball in the marketplace for 175 consecutive months.