Tom Watson leads US Senior Open after opening round 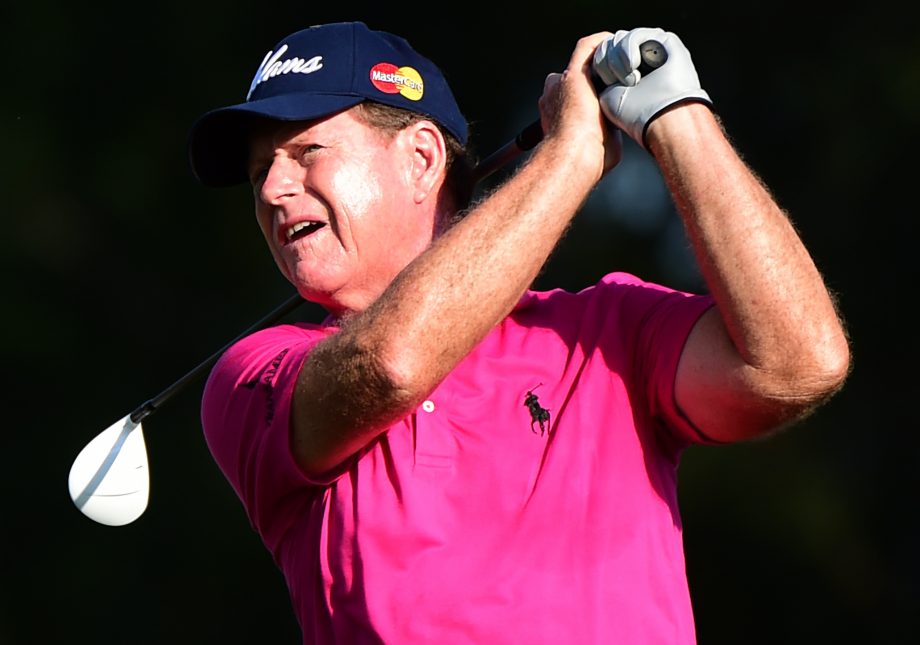 SACRAMENTO, Calif. – Tom Watson has accomplished more in golf than most players ever will. The 65-year-old nearly pulled off a feat Thursday even he had never done: shoot his age in a major championship.

So what if it’s the senior tour?

Watson took advantage of cooler morning conditions to shoot a 4-under 66, grabbing a one-stroke lead after the opening round of the sun-banked U.S. Senior Open.

All that prevented Watson from matching his age on the scorecard was a 35-foot putt on his final hole.

“Man, did I want to make that putt. I was grinding on that putt more than any putt in a long time,” Watson said. “Shoot my age in a U.S. Open championship? That would have been pretty special.”

Instead, the putt stopped short and he settled for par – about the only thing that didn’t work out well for Watson over his final nine holes.

With the temperature soaring over 100 degrees in the afternoon, Watson worked through Del Paso Country Club before the scorching heat in California’s capital city intensified. The eight-time major champion overcame an early double bogey and had four birdies in a six-hole stretch after the turn.

Defending champion Colin Montgomerie and Champions Tour stalwart Bernhard Langer, who have won six of the last seven senior majors, teed off in the afternoon heat – and also had to deal with firmer and faster greens. Montgomerie shot 68, and Langer 71.

But this day belonged to one of the most decorated players in golf history, one whose storied career is about to take a major shift.

Watson will play in his final British Open next month at St. Andrews. He’s the only man to claim the claret jug on five courses (but never St. Andrews).

While one chapter of his career is closing, another seems just fine.

Watson is one of the biggest draws on the Champions Tour – when he plays, that is – along with 1992 Masters champion Fred Couples, who withdrew earlier this week with a back injury.

Watson has won 14 times on the Champions Tour, which is reserved for those 50 and older. His last victory came at the 2011 Senior PGA Championship at Valhalla in Louisville, Kentucky.

Now he’s in position to end that drought.

The lone hiccup on Watson’s opening round came when he plugged his approach on the 16th hole in the gnarly rough along the bank of the lake and finished with a double bogey. Watson recovered with four birdies on his back nine – including a 50-foot putt on the second – to surge to the top of the leaderboard.

As the sun skied over the Central Valley late in Watson’s round, spectators crowded in the shade along the rough instead of the ropes around the green. Some gathered around cooling stations, and others brought umbrellas and tiny electric fans to try to keep cool.

Many players walked out of their way on the rough to stay in what little shade Del Paso provided. Watson, meanwhile, scribbled notes on his yardage book to prepare for his afternoon tee time Friday, when the temperature is expected to rise above 100 again.