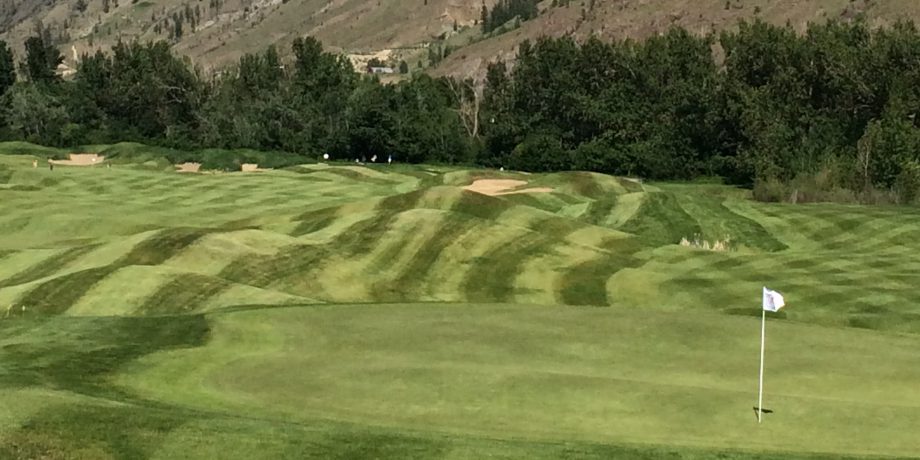 Gil, who is beginning his third year as a member of Team Canada’s Development Squad, tallied four straight birdies between holes seven to 10 en route to a bogey-free round. The native of Vaughan, Ont., holds a three-stroke lead over Khan Lee of Surrey, B.C., who sits T2 alongside Calgarian Conaire Kehoe at 3-under. Kehoe, notched an eagle and four birdies on the day, including three across a bogey-free back nine.

Four players are tied for fourth, including Development Squad member A.J. Ewart. The 17-year-old bogeyed the third hole, but added three birdies on the day to reach 2-under. A product of Coquitlam, B.C., Ewart sits knotted with British Columbians Michael Crisologo (Richmond) and Gavin Ciulla (Surrey), as well as Ethan Choi of Pincher Creek, Alta.

Completing the Men’s Development Squad contingent are Alexander Smith of Calgary and Charles-Éric Bélanger of Quebec. Smith sits T24 at 1-over while Bélanger is T44 after an opening-round 76.

Delta, B.C., native Mary Parsons notched an eagle on the par-5 second hole and added eight birdies to finish with a 66. The 16-year-old is four shots clear of two members of Team Canada’s Women’s Development Squad: Chloe Currie of Mississauga, Ont., and Tiffany Kong of Vancouver. The pair each collected three birdies on the day and were bogey-free across their final 14 holes.

Two British Columbians – Tiegan Taylor of Kelowna and Abigail Rigsby of Courtenay – carded rounds of 1-over 73 to open the tournament at T4. Taylor collected a trio of birdies on the day, while Rigsby’s bogey on the final hole broke her string of 17-straight pars.

Grace St-Germain, who claimed the Junior Girls title at this event in 2015, is T6 at 2-over-par. British Columbians Kathrine Chan of Richmond and Hannah Lee of Surrey – who are T16 and T22 respectively – complete the quintet of Women’s Development Squad members at the event.

The top six finishers in the Junior Boys division will earn exemptions into the 2016 Canadian Junior Boys Championship at Clovelly Golf Club in St. John’s, N.L., from August 1-4. In the case of ties, exemptions will be decided via a hole-by-hole playoff. All competitors in the Top-6, including ties, in the Junior Girls division will gain exemptions into the Canadian Junior Girls Championship. The tournament will be conducted from August 2-5 at The Links at Penn Hills in Shubenacadie, N.S.

The second day of competition will see the Junior Girls Division tee-off at 7 a.m. before the Junior Boys take to the course at 8:50 a.m. Additional information, including pairings and up-to-date scoring is available here.