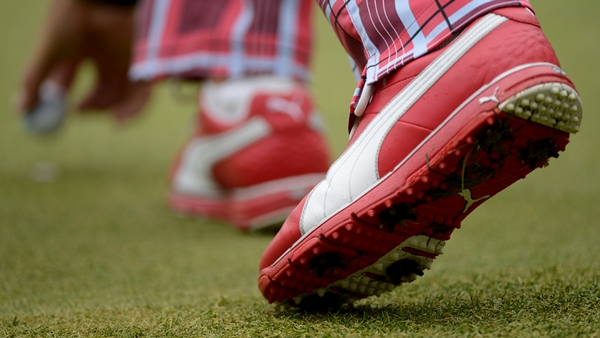 The modern era of golf has brought a colourful new look to the game. Check out the 10 most colorful players on the PGA Tour as selected by PGA TOUR Entertainment.

The United States Golf Association (USGA) has announced the sectional qualifying sites for the 2014 U.S. Open Championship, which will be held at Pinehurst Resort & Country Club’s Course No. 2, in the Village of Pinehurst, N.C., on June 12-15.

Sectional qualifying, conducted over 36 holes, will be held on June 2nd at 10 sites in the U.S. For the 10th consecutive year, Japan and England will host international qualifying, which is scheduled for May 26.

Woodmont Country Club, in Rockville, Md., will host U.S. Open sectional qualifying for the 27th time in the last 28 years. The club, which moved to its current location in 1950, has two 18-hole courses (North and South). In 2013, Russell Knox, Mathew Goggin and Matt Bettencourt qualified for the U.S. Open at Merion Golf Club from this sectional, and all three went on to make the cut in the championship.

In Memphis, Tenn., Colonial Country Club’s North and South courses will host a sectional qualifier for the third time since 2007. Kevin Sutherland, at age 48, was one of five players who qualified in 2013 from this sectional. He tied for 67th at the U.S. Open Championship. Colonial was a U.S. Open local qualifying site in 2013 and will host again this year, on May 7.

The Columbus, Ohio; Purchase, N.Y.; and Daly City, Calif., sectional sites will use two courses. In Ohio, Brookside Golf and Country Club and Scioto Country Club, which will host the 2016 U.S. Senior Open, will be partnered for the first time. Old Oaks Country Club and Century Country Club will make up a sectional site in New York for the third time in six years. Lake Merced Golf Club and The Olympic Club’s Ocean Course are the courses in Northern California. Lake Merced has hosted two USGA championships. The Olympic Club’s Ocean Course was the companion course to the club’s Lake Course for the 2007 U.S. Amateur Championship and the Ocean and Lake courses will host the inaugural U.S. Amateur Four-Ball Championship in May 2015.

Ansley Golf Club’s Settindown Creek Course is a U.S. Open sectional qualifying site for the fifth time since 2004. Russell Henley was the medalist as an amateur at this site in 2010 and would go on to tie for 16th in the U.S. Open at Pebble Beach (Calif.) Golf Links. Springfield Country Club in Ohio will host sectional qualifying for the fifth consecutive year and sixth time in seven years.

To be eligible for qualifying, a player must have a Handicap Index/Factor not exceeding 1.4, or be a professional. Local qualifying, which will be played over 18 holes at 111 sites in the U.S., takes place between May 2-19.

Online player registration for the 2014 U.S. Open began March 5 and continues through April 23 at 5 p.m. EDT.