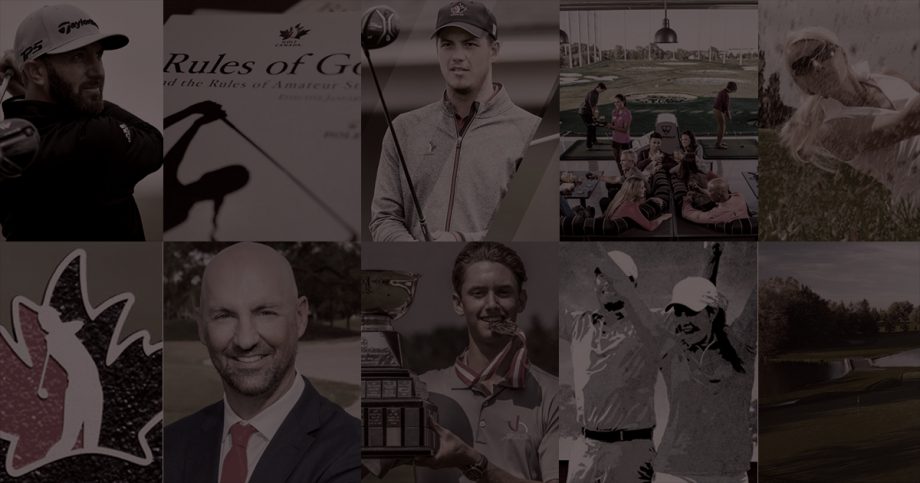 Below are the top 10 most viewed web articles on golfcanada.ca for the 2017 calendar year:

As Canada comes together to celebrate 150 years since the birth of our nation, it is a time of reflection on all the things that have made our country what it is today—including the golf landscape, which holds the second-largest amount of courses per capita in the world.

With Canada 150 celebrations happening in communities from coast-to-coast all year long, the Canadian golf industry has partnered with ParticipACTION in designating Sunday, May 28 as Get Out and Golf Day.

Following a comprehensive search, Golf Canada has announced the appointment of Laurence Applebaum as the organization’s next Chief Executive Officer (CEO).

A total of 25 professional and amateur championships, as well as qualifying events into Canada’s two National Open Championships—the RBC Canadian Open and the Canadian Pacific Women’s Open—will be conducted in 2017.

Here’s the best piece of advice ever: Don’t be intimidated. The object of the game is to have fun. Golf isn’t nearly as complicated as, say, quidditch, and just a little harder than dodge ball.

No. 4 – Topgolf and Cineplex announce partnership to bring sports venues to Canada

Global sports entertainment leader Topgolf® and Cineplex (TSX: CGX), a leading entertainment and media company, today announced an exclusive partnership that will bring Topgolf’s sports entertainment experience to Canada. The joint venture will see the opening of multiple Topgolf venues in markets across the country during the next several years.

Golf Canada is pleased to announce the 18 athletes who have been chosen to represent Team Canada as part of the 2018 National Amateur Squad and Development Squad.

No. 2 – Golf’s governing bodies announce proposed changes to modernize the Rules of Golf

As the National Sport Federation and governing body of golf in Canada, Golf Canada, in conjunction with the R&A and the United States Golf Association (USGA), has unveiled a preview of the proposed new Rules of Golf. This joint initiative was designed to modernize the Rules and make them easier to understand and apply.

Golf Canada and RBC are pleased to announce the final field of competitors vying for the US$6.0 million purse at the 2017 RBC Canadian Open, July 24-30 at Glen Abbey Golf Club.