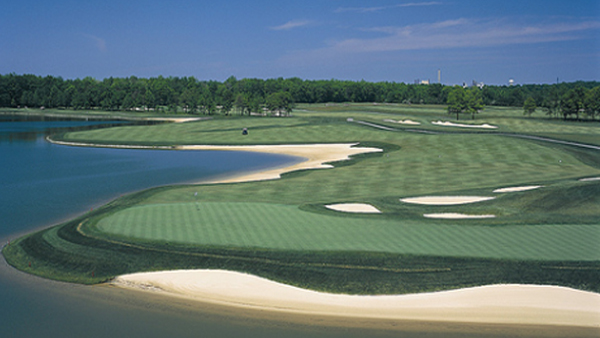 Legends on the Niagara's Battlefield Course

Niagara Falls, Ont.  – Canada’s top junior males are headed to Niagara Falls for the 76th playing of the Canadian Junior Boys Championship where players will compete for the Junior Boys national title. This year’s field features a strong contingent of players, including members of the Team Canada Development Squad, provincial champions, and top finishers from all six of the 2014 CN Future Links Championships. A tournament that has seen the likes of players such as the Web.com Tour’s Nick Taylor, Jim Rutledge of the Champions Tour, and Canadian Golf Hall of Famers George Knudson, Gary Cowan, and more, the Junior Boys Championship continues to stand as a proving ground for young male golfers under 18 years of age. This year, 156 players will vie for the national title over 72 holes of stroke play, with the field being cut to the low-70 players and ties after 36 holes. “The Junior Boys Championship has seen past champions who have went on to have successful golf careers both as amateurs and professionally,” said Tournament Director Cam Crawford. “This year’s field features the strongest players from across the country, so there’s no doubt that each round will provide excitement, challenges, and close scores.”  Legends on the Niagara’s Battlefield Course, located in Niagara Falls, Ont. and maintained by The Niagara Parks Commission, continues to be recognized as a premier championship course. It has previously played host to the 2004 Canadian Women’s Open, as well as the Canadian Women’s Tour Ontario stops in 2012 and June 2014. “The Niagara Parks Commission believes that hosting national championships of this caliber demonstrates our efforts to help grow the game of golf across the country,” stated NPC Chair Janice Thomson. “We look forward to hosting this prestigious tournament and to working with Golf Canada to ensure our competitors and their families have the most memorable of experiences when they visit Niagara and Niagara Parks.”Leading this year’s field is 16-year-old Tony Gil of Vaughan, Ont. A member of Team Canada’s Development Squad, Gil sits atop the CN Future Links National Junior Boys Order of Merit and has claimed champion titles in both the 2014 GAO Junior Spring Classic and the 2013 CJGA Canadian International Junior Challenge. Gil is joined by his Development Squad teammates Étienne Papineau, 17, of St-Jean-Sur-Richelieu, Que., Carter Simon, 18, of Sutton, Ont., and Matt Williams, 18, of Calgary, Alta. Last year’s Junior Boys title was claimed by the fifth member of the Team Canada Development Squad, Kevin Kwon of Pitt Meadows, B.C. At 19 years of age, Kwon will not return to defend his 2013 champion title.  The national field is also highlighted by strong finishers from 2014 provincial championships. Papineau recently claimed the Quebec Junior Boys title for the second year in a row, while Simon finished tied for third in the GAO Junior Boys championship. Tyler Saunders, 18, of Sturgeon County, Alta. took home first place at both the 2014 Alberta Junior Boys Championship and the Sun Life Financial Men’s Amateur. Additionally, 18-year-old Myles Creighton of Digby, N.S. took home this year’s CN Future Links Atlantic champion title less than one week after winning the Nova Scotia Junior Championship by 16 strokes.  The Canadian Junior Boys Championship is open to male amateur golfers who have not reached their 19th birthday by the last scheduled day of the Championship, Aug. 1, 2013.  Practice rounds will be held Monday, July 28, while championship play will be conducted Tuesday, July 29 through Friday, August 1 with 18 holes of stroke play each day.  Any tie after 72 holes will result in a hole-by-hole play-off. Starting times, post-round results, full field list, and live scoring are available here.