Top moments in Canadian golf for 2022 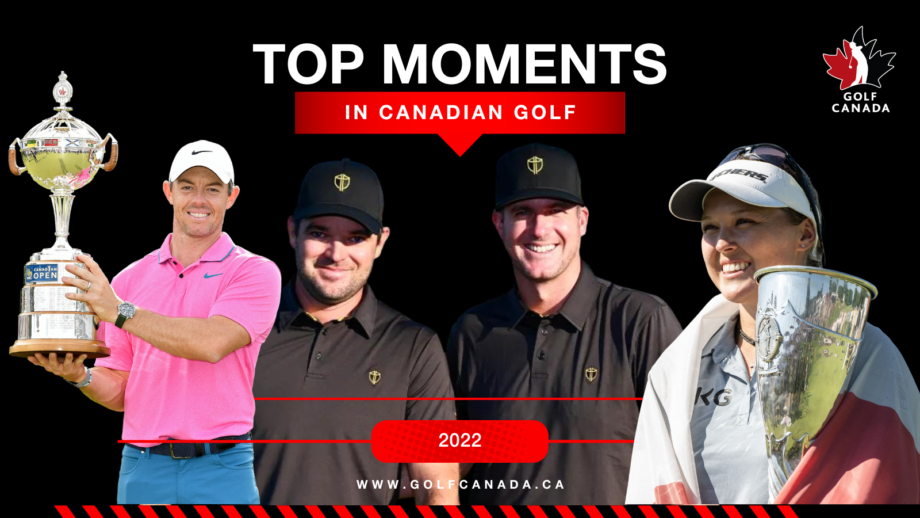 If you happened to miss the big-time moments and stories that unfolded in Canadian golf this year, not to worry! We’ve got nine collected right here – plus a handful of honourable mentions, too.

Whether it was major-winning putts, huge tournament returns, or significant announcements, Canadian golf had them all in 2022.

What was your favourite? What did we miss? Let us know! 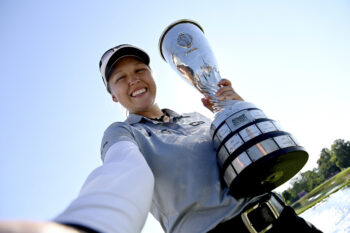 A slippery final-hole birdie was needed, but Brooke Henderson bent down just as it caught the lip and trundled in – and the Canadian became a major champion again.

Henderson won the Amundi Evian Championship to become the first Canadian (male or female) to win more than one major. Her win at the Evian was her second of the season as she inched ever closer to putting a bow on a fabulous LPGA Tour season.

Thanks to Henderson’s two wins, she ended up third in the LPGA’s Player of the Year standings and will head into 2023 ranked sixth in the world. 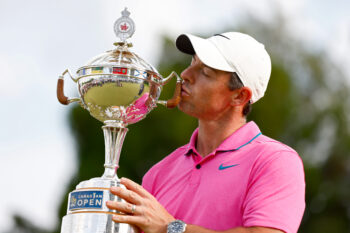 THE RBC CANADIAN OPEN RETURNS AND PRODUCES AN ELECTRIC FINISH

After two years of cancellations due to the COVID-19 pandemic, there was a palpable buzz as the RBC Canadian Open returned to the PGA TOUR schedule for 2022.

St. George’s Golf and Country Club was an excellent host, and Rory McIlroy defended his title from 2019 – in thrilling fashion.

McIlroy, Justin Thomas, and Tony Finau were grouped together in Sunday’s finale and oh-my-goodness did they ever deliver. McIlroy and Thomas fired matching 5-under 29s on their opening nine holes before McIlroy pulled away to win by two. He closed with an 8-under 62.

While McIlroy, Thomas, and Finau were battling back-and-forth, Justin Rose had made three eagles of his own and shot a 10-under 60 to finish at 14 under and tied for fourth. Not to mention(!) on the very same Sunday Brooke Henderson was winning the ShopRite LPGA Classic on the LPGA Tour.

What a week. What a tournament. We’re sure Oakdale Golf and Country Club will deliver, too. 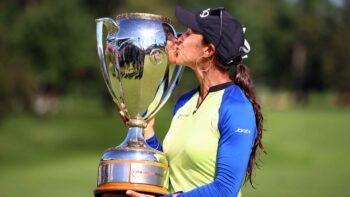 Some of the biggest names in women’s golf ended up firmly in the mix Sunday at the CP Women’s Open (with world No. 2 Nelly Korda finishing tied for second while world No.1 Lydia Ko would finish tied for fourth) but it was Paula Reto who was the eventual winner of the CP Women’s Open. At 19 under she captured her maiden LPGA Tour title by one shot.

The tournament made its return to the LPGA Tour after two years of cancellations due to the COVID-19 pandemic (like the RBC Canadian Open on the men’s side) and from start-to-finish it was a special week – so special, in fact, the LPGA Tour rewarded it with plenty of hardware at its year-end awards.

The CP Women’s Open, contested at the Ottawa Hunt and Golf Club, ended up winning a trio of awards at the LPGA Tour’s 2022 Partner Awards including the coveted Tournament of the Year title.

It also won the Best Community and Charity Engagement award for its work with the CP Has Heart community investment program, which raised $2.5 million in support of the CHEO Foundation and $510,000 for Perth & Smiths Falls District Hospital Foundation – the largest charitable campaign in the history of the CP Women’s Open.

Finally, the tournament also won Best Sponsor Activation for its Hilton on the Green experience – a first-of-its-kind opportunity for Canadian golf fans to stay in a unique, 1-bedroom pop-up hotel room on the 8th hole at Ottawa Hunt and Golf Club. Hilton on the Green included a personal concierge, golf cart, gourmet meals including breakfast in bed, exclusive view of the action, as well as world-class service and hospitality from Hilton.

And in case you forgot, 12-year-old(!) Lucy Lin also Monday Qualified for the event after getting through a 3-for-1 playoff, becoming the youngest person in tournament history to tee it up in Canada’s National Women’s Open. 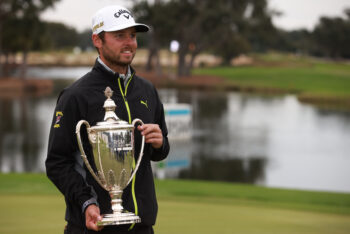 While there was much to celebrate for the Canadians on the PGA Tour through the early part of 2022, once we got into the fall season things really picked up.

On October 2 it was Mackenzie Hughes who won for the second time on the PGA Tour, defeating Sepp Straka with a birdie on the second playoff hole at the Sanderson Farms Championship.

Seven weeks later it was Adam Svensson’s turn. Svensson won The RSM Classic by two shots for his maiden Tour title. More impressively he opened the week with a 3-over 73 before pressing the gas and shooting rounds of 64-62-64 to win by two shots over Callum Tarren. 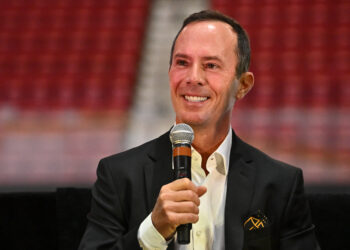 With the announcement that the Presidents Cup would be returning to Royal Montreal in 2024, there truly could have been just one person to be at the helm of the International squad – Mike Weir.

Weir, who went 3-1 as a captain’s pick when the matches were previously at Royal Montreal in 2007 including an inspired defeat of Tiger Woods in Sunday singles, was indeed named the leader of the international team in a two-day event in both Montreal and Toronto.

The news was made official on Nov. 30 at the Bell Centre.

And so begins the two-year journey to the matches for Weir, who has long said despite it being contested in Montreal, it is “Canada’s Presidents Cup.” 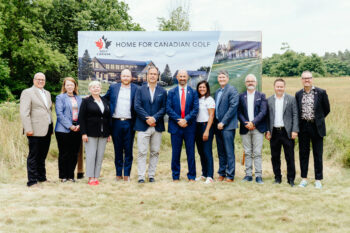 TPC TORONTO IS NAMED THE NEW HOME FOR CANADIAN GOLF

July saw Golf Canada announce a major partnership with TPC Toronto at Osprey Valley to see the National Sport Federation relocate its base of operations to the fabulous 54-hole facility in Caledon, Ont.

Phase one of the project – set to include the corporate headquarters, Canadian Golf Hall of Fame and Museum, and a 30,000 square foot community putting green – will break ground next year with expected completion by 2025. 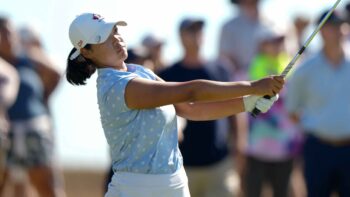 Richmond Hill, Ont.’s Monet Chun had as complete a college campaign as anyone in Canadian golf in recent memory and in 2023 she’ll enter her junior season at the University of Michigan with lots of momentum as she looks to wrap up her college career with a bang.

In April Chun, a Golf Canada National Team member, helped the Wolverines to its first Big Ten Championship – winning by four shots. She also won the Big Ten Tournament as an individual by four shots, leading the field with 16 birdies for the week. She set the school’s Big Ten 54-hole scoring record by five. That win was one of three team titles for the University of Michigan in 2022.

Chun, who was the first Canadian to make the final of the U.S. Women’s Amateur since Brooke Henderson in 2014, fell short in the final but did earn a spot in the 2023 U.S. Women’s Open at Pebble Beach thanks to her runner-up result. 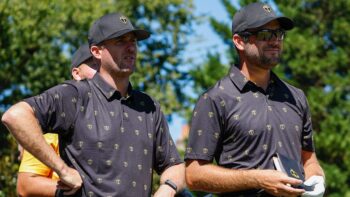 One was a lock, and one came in at the last minute – but both were very deserving.

Canadians Corey Conners and Taylor Pendrith – childhood friends, college teammates, and long-time Golf Canada National Team members – became the first Red-and-White pair to find themselves on the Presidents Cup team in the competition’s history when it teed off at Quail Hallow in September.

Both Conners and Pendrith (who had an excellent rookie campaign on the PGA Tour despite missing four months due to a rib injury) had a good experience with the International team – despite the squad’s loss to the heavily-favoured American side – and are more motivated than ever to make the International Team in 2024 when it returns to Canada and will be under Mike Weir’s leadership. 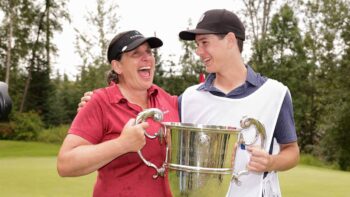 What a summer it was for Nanoose Bay, B.C.-native Shelly Stouffer, highlighted by a fabulous week in Alaska when she won the U.S. Senior Women’s Amateur.

The 52-year-old defeated Australian Sue Wooster 4-and-3 to win the title – an honour she shared with her 15-year-old son, Brett, as her caddie.

Stouffer was buoyed into the final after receiving a text message from Marlene Streit the night prior to her title-winning tilt.

“She said, ‘You’ve got this, good job, keep it going,’” said Stouffer.

The Canadian Junior Boys team – made up of Félix Bouchard (Otterburn Park, Que.), Ethan Wilson (St. Albert, Alta.), Cooper Humphreys (Vernon, B.C.) and Eric Zhao (North York, Ont.) – captured the 2022 Toyota Junior Golf World Cup with a two-stroke victory over Japan in the seven-team competition. Canada’s team victory at the World Cup is its first in the 28-year history of the event. Rob McMillan (1994) and Corey Conners (2009) have previously been crowned individual champions of the tournament representing the Maple Leaf.