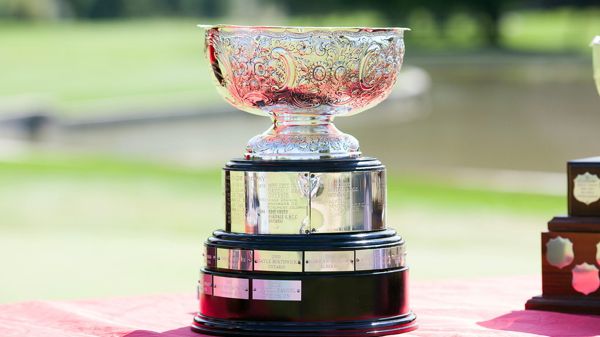 Many of North America’s elite senior women amateurs are ready to compete for the Royale Cup Canadian Women’s Senior Championship which takes place Aug. 20-22 at Spallumcheen Golf and Country Club, in Vernon, B.C.

The field of 107 players competes for the Ada Mackenzie Trophy over three rounds of stroke play. Simultaneously, the first two rounds of the championship feature an inter-provincial team competition and a Super-Senior championship, which is open to players 60 years of age and older.

“We are thrilled that Spallumcheen Golf and Country Club will have the opportunity to host this national championship,” said Mary Beth McKenna, Golf Canada Tournament Director. “The strong field that we have in attendance this year is sure to be treated to a beautiful golf course and a wonderful championship. We could not ask for a better conclusion to the 2013 Royale Cup events.”

Headlining the field will be 2013 Canadian Golf Hall of Fame inductee Alison Murdoch of Victoria, B.C. Murdoch will attempt to take home a record fifth Royale Cup Canadian Women’s Senior Championship title in her home province. Murdoch has also had success in international competition winning both the British and Irish Senior events.

The inter-provincial team championship features three-member teams competing in conjunction with the first two rounds of stroke play. Each day, the best two of three scores will count towards the two day team total. This year, Team Ontario looks to defend their title as provincial champions with Hayward, Andrea Blackwell of Kingston, Ont., and Ivy Steinberg of Stouffville, Ont.

The Royale Cup Canadian Women’s Senior Championship is contested over three rounds of stroke play (54-holes). The field is open to players who have reached the age of 50 by the date of the first round, Aug. 20, 2013.

Practice rounds will be held Monday, Aug. 19. Championship play will be conducted Tuesday, Aug. 20 through Thursday, Aug. 22 with 18 holes of stroke play each day. Any tie after 54 holes will result in a hole-by-hole playoff.

A complete list of competitors, starting times and full post-round results for the 2013 Royale Cup Canadian Women’s Senior Championship can be found here.