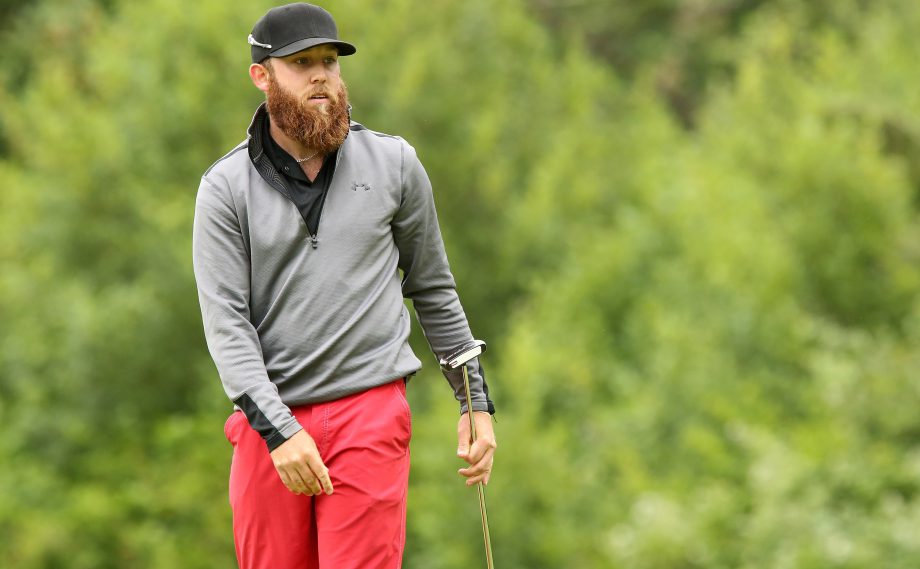 Max Rottluff, Jonathan Garrick and Sam Fidone shot a 7-under 64 on Thursday at a calm Niakwa Country Club to share the first-round lead at the Players Cup, the fifth event of the 2016 Mackenzie Tour – PGA TOUR Canada season.

Following his first professional victory at the SIGA Dakota Dunes Open two weeks ago, Germany’s Max Rottluff continued his strong form in Winnipeg by opening with birdies on five of his first six holes in benign conditions on the par-71 layout at Niakwa Country Club. After a week off to let his maiden victory in Saskatoon sink in, the Arizona State product is in prime position to capture a second victory in as many starts.

“There are quite a few birdie holes out there, but you don’t go out and expect to shoot 7-under,” said Rottluff, who is currently No. 3 on the Order of Merit. “You can only lose a tournament on the first day, you can never win it. It’s still a long way to go and I saw a few really low scores out there, so I’ve got three more days to go out and shoot some low scores.”

Garrick, the recent UCLA grad, began his round on the back nine and opened with six consecutive birdies and added a seventh on the par-4 17th hole. After a dropped shot at the 18th, the 22-year-old Los Angeles resident rebounded with a birdie on the par-4 fourth hole to finish with a 64, his career low in eight previous rounds on the Mackenzie Tour.

“I made a few long putts and hit a couple of wedges close, and the next thing I knew it was six birdies in a row, which I had never done before,” Garrick said of his fast start. “This is a ball striker’s course where you have to hit a lot of drivers, which is my strength, so it has been a good advantage so far and I’m looking forward to the next few days.”

Making his Mackenzie Tour debut, Sam Fidone survived two water balls with a strong putting performance that yielded eight birdies to join the group at 7-under. The 23-year-old Texan has spent the year on PGA TOUR Latinoamerica, where he is currently No. 5 on ‘Los Cinco’ after a win at the Honduras Open and three other top-15 finishes.

“When I got here I quickly understood there were going to be a lot of putts made out here,” Fidone said. “The greens are relatively flat and they roll absolutely perfect, but at the end of the day this is a tee-ball course and if you are hitting fairways you are going to be able to figure your way out around this course and shoot a number.”

Three players are tied for fourth at 6-under par: Carter Jenkins, Adam Webb and Andrew Ledger. Jenkins, who finished runner-up at the SIGA Dakota Dunes Open, was nearly a co-leader before a bogey at the 18th hole left him one stroke back. Webb, meanwhile, turned in a bogey-free round, which included a stretch of three birdies in a row from Nos. 2-4. Ledger followed suit with a bogey-free round of his own and birdied the par-3 ninth hole, his final hole of the day.