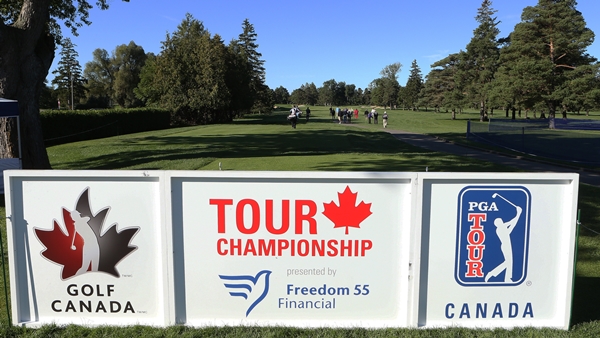 Back when dinosaurs roamed the earth, well, ok, it was circa 1987, Bob Beauchemin and his wife sat in the basement of their townhouse in Brampton, Ont., stuffing envelopes and then licking and placing stamps on them.

Not much remarkable about that except Bob was the president of the Tournament Players Division of the Canadian Professional Golfers Association (which soon was rebranded as the Canadian Tour) and the envelopes were registration forms for the Tour Qualifying School. It was a shoestring operation, to say the very least.

The size of the shoestring varied over the years but, thanks to Bob and his successors as commissioner between then and 2012—Richard Grimm, Jacques Burelle, Rick Janes—there has always been a circuit of some sort for good players to hone their skills. The purses, venues and number of tournaments varied almost year to year, but our homegrown tour hung in there.

The year 2012 was significant as that was when the PGA TOUR acquired the Canadian Tour, which now is known as PGA TOUR Canada. Along with the globally recognized brand came a commitment to consistency as shown in this year’s dozen tournaments with uniform purses of $150,000. The new arrangement also provided Golf Canada with the opportunity to offer exemptions to deserving young pros and amateurs, such as members of Team Canada.

“It the perfect place for young players to see where they stand versus the quality of competition that is out there,” says Bill Paul, Golf Canada’s Chief Championship Officer. “It works as an opportunity for them to test themselves at that level, which helps them determine where their game is and where it has to improve if they want to make it to the PGA TOUR eventually.”

There is lots at stake for the players who qualified for this week’s championship by being in the top 60 of the season-long Order of Merit. Come Sunday, the top five players on the Order of Merit will earn Web.com Tour status for the following season, with players finishing sixth through 10th earning an exemption into the final stage and players finishing 11th through 20th  into the second stage of Web.com Tour Qualifying School.

And thanks to the presenting sponsor, a division of London-based London Life Insurance Company, there is a lot at stake for the future of golf in and around the largest city in southwestern Ontario.

Golf Canada’s terrific Golf in Schools program is the official charity of this week’s TOUR Championship.

“In establishing a community legacy for the TOUR Championship of Canada presented by Freedom 55 Financial, Golf Canada will invite area golf clubs throughout London and Southwestern Ontario in a campaign to adopt schools to be a part of the Golf in Schools program,” said the press release announcing the initiative

Golf in Schools—which is offered in more than 2,225 elementary and almost 230 high schools across Canada—provides children with a basic introduction to golf through the Canadian school physical education curriculum. The program, which is endorsed by Physical Health and Education Canada, is conducted by Golf Canada in partnership with the PGA of Canada and the provincial golf associations. (More information about the Golf in Schools program including the school adoption program is available by clicking here.)

“We’re excited to promote Golf in Schools,” said Mike Cunneen, Senior Vice-President, Freedom 55 Financial/Wealth and Estate Planning Group. “We got involved in the program because it introduces golf and promotes healthy lifestyle—and hopefully gets more young people involved in the game.”

So, there is no doubt that golf has altered the lives of many in this city and its environs and will continue to do so for years to come.

“Our goal for Sunday is not only to announce the winner and the players who get onto the Web.com Tour but also to announce how many schools have been adopted,” Paul said. “We think it is a great way to leave a lasting impact on the community.”