TPC Sawgrass tries to fix greens ahead of Players Championship 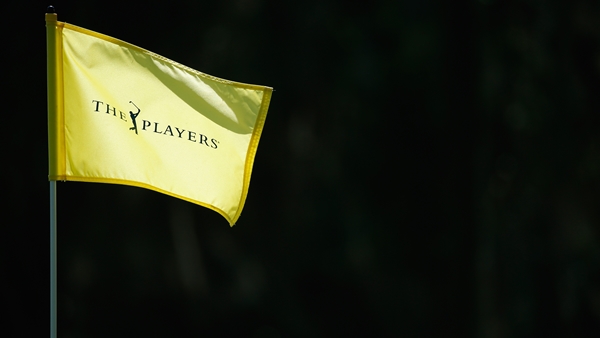 PONTE VEDRA BEACH, Fla. – Three greens at The Players Championship remained off limits Tuesday to the strongest field in golf, a combination of bad weather in the winter and the misapplication of a turf product.

PGA Tour Commissioner Tim Finchem said he expects the greens on Nos. 4, 11 and 12 will be fine when golf’s richest tournament begins Thursday, and the warmth and sunshine will only help through the week.

Even so, he conceded that conditions at the Stadium Course on the TPC Sawgrass have not been perfect in the seven years since The Players moved from late March to early May. And while he called it “unlikely,” he did not entirely rule out a return to a late March date if it can’t be figured out.

Complaints have been minimal. Then again, the players were warned last week about a cold, wet winter and the issue with the greens. Some were expecting them to be in far worse condition than they were. Some sections have been sodded and plugged, and while there might be cosmetic issues, they appear to be fine.

“When you build a tournament and you’re shooting for perfection – which is what we do – and we have some imperfections, it doesn’t make it any more palatable that the players are being good about it,” Finchem said. “I mean, we need to fix our greens. And we intend to take all the steps I just mentioned and some others aggressively next year. So I think we’re going to be fine.

“At the end of the day, if we can’t maintain consistent conditions – and I think they will be competitively fine this week on balance – then we may have to examine the date.”

The grass was overseeded with rye when The Players was held in March, which is typical for most Florida courses. Finchem said that was easier to manage with the weather. But he said it still took 10 years “to really get it dialed in” for speed and firmness.

The new Bermuda greens were not build until 2007, and a sand cap under the grass on greens and fairways allow the course to be firm after a rain delay.

May typically offers warmer, drier weather, compared with a greater chance for rain in March. Finchem said the problem this year wasn’t just a cold winter, but a rainy winter.

“If we’re doing everything we can and it just is a continuing weather problem that we can’t beat, I suppose we’d rethink the date,” he said. “But when you’re talking about a perennial problem of three greens which have been stubborn most years since `07, I think we’d probably go a different set of greens on those holes, different kinds of greens. These are small greens. We can make bigger greens and probably not have a problem.”

The three greens that were closed to practice are small and get a lot of foot traffic. Finchem is hesitant to make them larger to preserve the heritage of the greens and the shots that are played to them. He said the PGA Tour would be inclined to change the nature of the greens before switching the date.

He said he was 90 percent certain the Stadium Course would get a new strain of Bermuda (TifEagle) for the 2016 tournament. Finchem said a few courses in the area use it and it performs well.

Phil Mickelson was among those not concerned.

“I looked at them. They’re fine,” Mickelson said of the three greens closed to practice. “They’re very playable. Everybody has got to play them. It’s totally fine. Now, they’re not going to be able to be firm and fast like they normally are. They’re softer, a little bit slower, and that’s going to lead to lower scores, but it doesn’t matter. We’re all going to have the opportunity to shoot lower scores.”