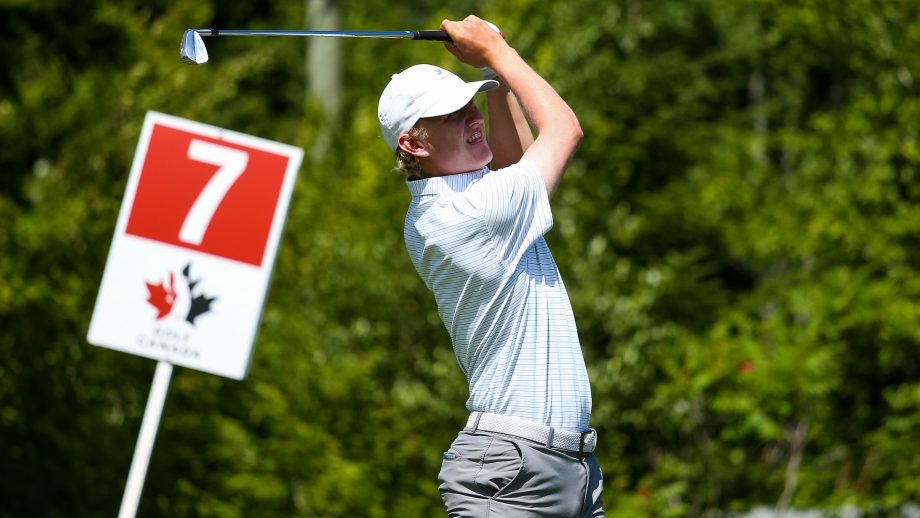 HAMMOND PLAINS, N.S. – Johnny Travale of Stoney Creek, Ont., David Snyder of McAllen, Tex., and Matt Sharpstene of Cornelius, N.C., each hold a share of the lead after the opening round of the 115th Canadian Men’s Amateur Championship held at Glen Arbour Golf Course and co-hosted by The Links at Brunello.

Travale, Snyder and Sharpstene all carded rounds of 3-under-par 67 at Glen Arbour.

Travale, a former member of the Team Canada National Junior Squad, fired a bogey-free round that included back-to-back birdies on holes No. 5 and No. 6.

Snyder birdied three of his first five holes, playing even-par golf for the rest of his round. The 21-year-old won the 2019 NCAA Championship with Sandford University.

“The best part of my game today was my driving, I just kept it in good position all day,” said Snyder. “I didn’t have any tree trouble, which is possible out here, so it kept the round nice and smooth throughout all 18 holes. Tomorrow I’d like to get a little better with my wedges from 100 to about 130 yards. I feel like I had some opportunities today that I didn’t capitalize on.”

Sharpstene birdied all three par-5’s at Glen Arbour during his first career round in Canada, but a pair of bogeys brought him back to 3 under.

“I hit my tee ball really well,” said Sharpstene. “I didn’t put myself in any bad spots today. I made a couple of putts. The driver was key, so hopefully I can keep it going.”

Julien Sale, a Gatineau, Que., product representing France, is in fourth place at 2 under.

The players will switch courses for round two – any competitor who played round one at Glen Arbour will play at The Links at Brunello and vice versa.

Team Ontario consisting of Matthew Anderson (Mississauga, Ont.), Charles Fitzsimmons (London, Ont.) and Ty Celone (Long Sault, Ont.) jumped out to an early lead in the 36-hole inter-provincial competition for the Willingdon Cup. The trio combined for a score of 7 over par and a one-stroke lead.

Team Québec is in second place at 8 under par. The Willingdon Cup champion will be crowned on Tuesday at Glen Arbour.