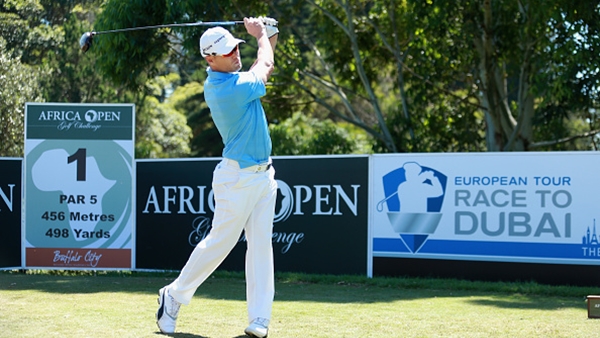 EAST LONDON, South Africa – Trevor Fisher Jr. will take a two-shot lead into the final round of the Africa Open after a superb 9-under 63 on Saturday.

Fisher is in pole position to maintain South Africa’s dominance at the European Tour event after seven straight wins for home players. He had seven birdies and an eagle at East London Golf Club to move to 16-under 200.

Fisher overtook Englishman Matt Ford at the top of the leaderboard. Ford was still solid with his third-round 69 to stay in contention for the title two shots back.

Another South African, Jaco van Zyl, was third on 12 under. There’s a four-way tie for fourth at 10 under, made up of Eduardo de la Riva, John Parry, Jorge Campillo and Morten Orum Madsen.