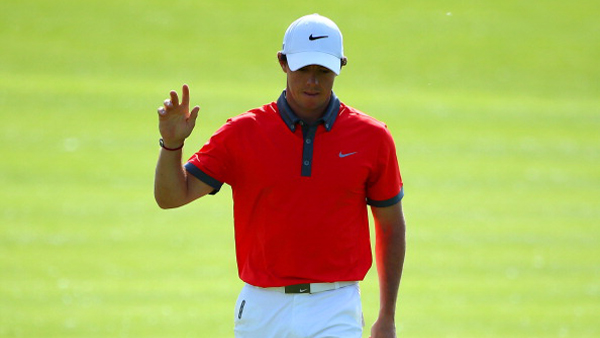 The first event of Golf Canada’s competitive season concluded in the same way it unfolded – with a pair of Team Canada Development Squad members atop the leaderboards as Trevor Ranton and Grace St-Germain claimed victory at the 2015 CN Future Links Pacific Championship.

No one could dethrone Trevor Ranton’s reign over the Junior Boys division. After opening with a course record of 7-under 65 and following with a second round of 3-under, the Waterloo, Ont., native carded a final round of 2-under 70 to complete the wire-to-wire win. When asked about his play over the past three days, Ranton credited his quick start as a key to his success. “I was pretty happy with (my performance). Right from the start, I was playing well. I started the tournament off with two straight birdies, so I felt comfortable on the course. I was hitting a lot of good shots and making a lot of putts.”

The first year Development Squad member will now set his sights upon the CN Future Links Ontario title – a competition in which he finished T2 in 2014. “If I can keep my putter hot like this week, I’m sure I’ll have a good chance again.”

Grace St-Germain birdied the second playoff hole to win the Junior Girls title in exciting fashion. The extra session was only necessary after fellow Development Squad member Michelle Kim notched a pair of birdies in her final three holes to move to 2-over par and force the playoff. “I hit a pretty nice drive. After hers went in the water, I tried to stay calm and play it smart. It was a lot of fun,” said St-Germain of the second extra hole.

“I’ll try to play as well as I played this week for the rest of the summer and try to take what I did well here and incorporate it into the rest of the tournaments,” added St-Germain when asked about her outlook for the season ahead.

Tiffany Kong and Euna Han finished in a tie for third place at 2-over 220. Development Squad member Alisha Lau completed the tournament in sixth place while teammate Naomi Ko tied for the best Junior Girls round of the day at even par to climb into a tie for seventh.

The Pacific edition of the CN Future Links Championships was the first of six junior-aged tournaments presented by Golf Canada in partnership with CN. The CN Future Links Ontario Championship – the next in the series – will be contested at Pine Knot Golf and Country Club in Dorchester, Ont. from May 22-24.