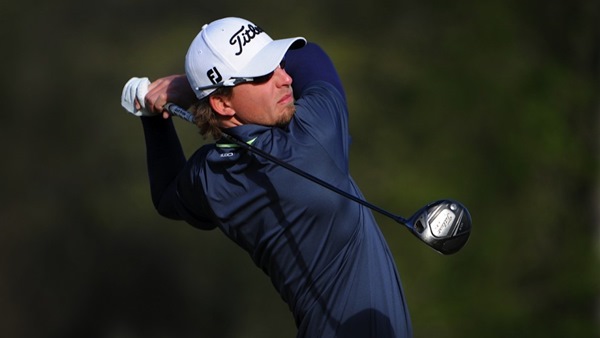 LA QUINTA, Calif. – There was a lot of movement today for the Canadians taking part in Web.com Final Qualifying in La Quinta, Calif. – some good, some bad.

Justin Shin of Maple Ridge, B.C. was the opening-round leader heading into second-round action Friday, but shot a 2-over par 74 to fall into a tie for 25th at 6-under with a slew of players including fellow Canadians Derek Gillespie and Roger Sloan.

Gillespie, from Oshawa, Ont., improved on his opening-round of 71 by following it up with a 5-under par 67 today. The 67 included eight birdies, three bogeys and was the lowest number on a Canadian scorecard on the day.

Sloan, from Merritt, B.C., tallied four birdies and a single double bogey en route to his round of 70 Friday.

Chris Epperson of Savannah, GA is leading the 152 player field at -16. He has a four shot lead over Nathan Tyler and Steve Saunders.

Full scores for the 11 Canadians in the field this week are below. The Canucks will look to finish inside the top-45 after 108 holes of play, which will give them exempt status until the Web.Com Tour’s second periodic re-order of the 2014 season. To see more on the qualifying breakdown, click here.

Canadian Scores after Round 2 of Web.com Final Qualifying