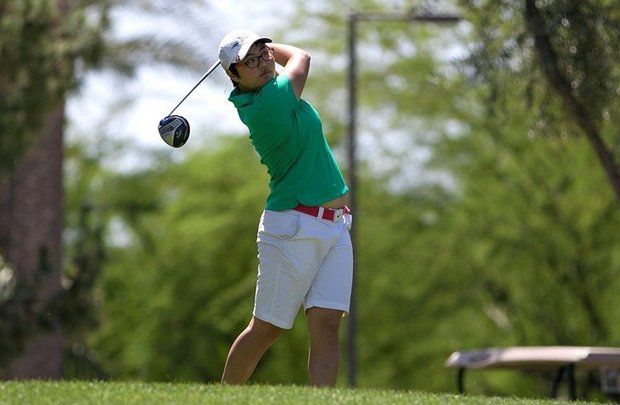 Calgary (Golf Canada) – Surrey, B.C. native A Ram Choi joined Seul-Ki Park of Northbrook, Illinois and Allyssa Farrell of Edgerton, Wisconsin in firing 3-under 69 Tuesday at The Glencoe Golf and Country Club in Calgary to share the opening-round lead of the first stop on the 2015 Canadian Women’s Tour.

Choi, who recently finished her collegiate career at Portland State, carded four birdies and a single bogey in her opening-round. The 23-year old amateur wrapped a solid collegiate career at Portland State by winning the Big Sky Conference individual title for the second straight year and being named Big Sky Conference Player of the Year for the third straight year.

“My putting saved my life today, I made a lot of clutch putts,” said Choi. “This course, you need to know where to place yourself, how to play with the wind, where you can miss it and where you can’t.”

A member of The Vancouver Golf Club in Coquitlam, host of this year’s Canadian Pacific Women’s Open, Monday qualified into Canada’s National Women’s Open in 2012 when the event was last hosted at her home club. The opportunity to earn the champion’s exemption into this year’s event at The Vancouver Golf Club adds extra incentive to play well Wednesday.

“The exemption is big,” said Choi, who will likely turn pro later this summer. “It makes the field a lot better and gives us something else to play for.”

Park, a graduate of the University of Illinois, took advantage of favourable front-nine (Bridges Course) scoring conditions collecting four birdies and five pars before a dropping a stroke with single back-nine bogey on the Slopes Course.

“I love the golf course here—it’s definitely a placement course, and if you’re able to hit into the right spots you’re able to score,” said Park, who got in three practice rounds on the tournament course since arriving in Calgary on Friday. “My putter was really nice to me today and I hope to do the same tomorrow.”

Ferrell, who teed off in the final grouping off the tournament back nine (Slopes Course), carded six birdies and three bogies in her opening-round at Glencoe.

Park and Ferrell are among 42 international competitors in the 84-player field. Both acknowledge that the carrot in competing on the Canadian Women’s Tour is the direct pass to Stage Two of LPGA Tour Qualifying as well as an exemption into the 2015 Canadian Pacific Women’s Open.

“The exemption, that’s why all the girls are out here,” said Park, adding “These events are a great opportunity—if you play good, you get to second stage of Q-School plus an exemption into the [Canadian Pacific] Women’s Open.”

Jennifer Coleman of Rolling Hills Estates, California sits alone in fourth at 2-under 70 while Kirby Dreher of Fort St. John, B.C. holds a share of fifth position with four other golfers at 1-under 71.