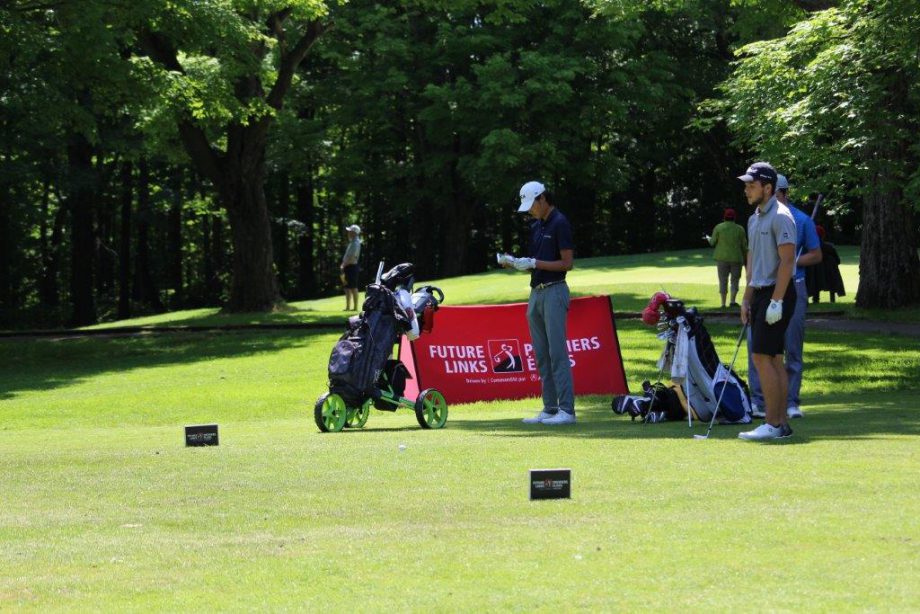 LACHUTE, Que.—  Michael Ikejiani and Daniel George share the lead in the boys’ division and Emily Romancew tops the leaderboard in the girls’ division after the opening round on Friday at the Future Links, driven by Acura Quebec Championship at Club de golf Lachute.

Michael Ikejiani from Minesing, Ont. and Daniel George from Richmond Hill, Ont., both carded a 2-under 70 each bogeying hole 6 and 14 while also birdying 12 and 18.

“I hit the ball solid, could have made more putts but I hit the fairway a lot, I hit my driver well.” said Ikejiani.

In the junior girls’ division, Emily Romancew, from Pierrefonds, Que.,topped the leaderboard after posting a 2-under par 70. She came out of the gate birdying hole 2 and bogeying hole 8 but finished strong–other than a bogey on hole 10–firing 3 birdies on the back nine.

“I’m really happy with my round today,” said Romancew, “especially with the winds blowing so hard. I made a few good putts and that always feels good when they hit the cup.”

Élizabeth Labbé is sitting three strokes behind the lead after she shot a 1-over 73 while Haley Yerxa (75) and Heather McLean (75) sit T3, rounding out the girls division.

Current results can be found here.