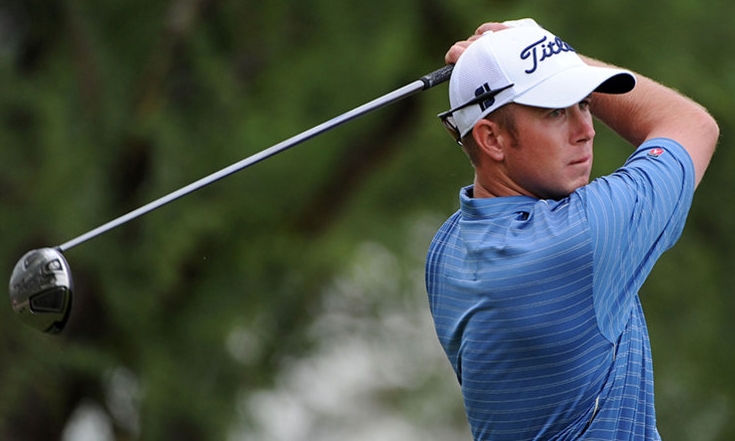 LEWISVILLE, Texas – Tyler Aldridge won the inaugural Greater Dallas Open on Sunday for his first Web.com Tour title, closing with a 4-under 68 for a two-stroke victory.

“Nobody’s going to hand you the tournament,” Aldridge said. “You have to go get it. … It’s hard to win a golf tournament. It’s very difficult. I felt some nerves out there, but who doesn’t? That’s what we play for.”

Aldridge won in his 57th start on the tour. He opened with a 67 and had two 65s to take a two-stroke lead into the final round.

On Sunday, Aldridge made a 30-foot eagle putt on the par-5 12th and had five birdies and three bogeys.

“The eagle was huge,” Aldridge said. “I had that same putt on Thursday. It was about the same read and the same distance and I thought to myself that I already made this putt once, and I was fortunate to make it again.”

He hit only four of 14 fairways and 12 greens in regulation.

“I probably didn’t hit it the best,” Aldridge said. “Under the circumstances, I was probably pretty nervous. I’ve worked so hard for this moment. It’s the greatest feeling ever.”

“I was just trying to make a paycheck,” said Yates, who earned $44,000 and got a spot next week in Ohio in the Rust-Oleum Championship. “I just played my first pro tournament a week ago on the mini-tour and made $3,000. I thought that was a pretty good check, but this one’s going to be a little bigger.”

Adam Long matched the course record with a 63 to finish fourth at 20 under.

Brad Fritsch was the top Canadian. He tied for 27th at 13 under.