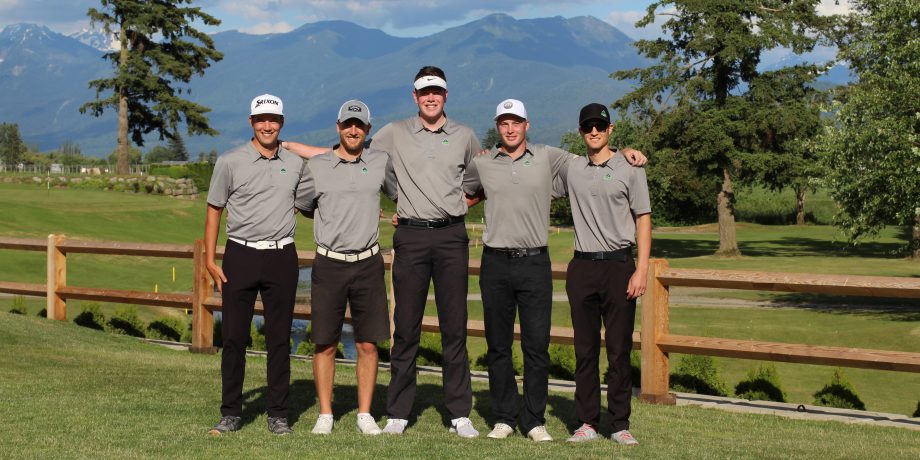 CHILLIWACK, B.C. – It was another momentous day for UBC and UFV fans alike during the third round of the Canadian University/College Championship at Chilliwack Golf Club on Thursday. For the third consecutive day, the Thunderbirds and Cascades lead the women’s and men’s divisions, respectively, going into the final round.

The UBC Thunderbirds are one round away from continuing their historic showing in the women’s team event after posting a collective 16-over-par 664 and earning a strong 20-stroke lead over the University of Victoria Vikes. The Vikes moved up to second with an overall score of 36-over-par 684 while the Université de Montréal Carabins sit third at 42-over-par 690. Rounding out the top-six women’s teams advancing to the final round are the University of Toronto Varsity Blues, University of the Fraser Valley Cascades and Université Laval Rouge et Or.

The Thunderbirds’ own Avril Li is definitely one to watch as she chases a potential wire-to-wire victory in this year’s women’s individual competition. Even back-to-back birdies couldn’t bring the Port Moody, B.C., talent down as she held on to her lead at 4 under.

Sarah Dunning from the University of Guelph played her heart out to recover after a difficult second round. Thanks to seven birdies and an eagle, Dunning earned the lowest round of the day (-5) and will start the final round in second with a current tournament total to 1-over. Rounding out the top three is Ana Peric of the University of Toronto Varsity Blues, who fell one spot back into solo-third.

Meanwhile, host school University of the Fraser Valley Cascades are primed to follow in the footsteps of the 2014 University of Manitoba Bisons —the last host institution to win a team title— as they hold the lead in the men’s team division for the third straight round with a considerable 18 stroke advantage.

“We came into this knowing it was going to be a hard four day grind,” said Cascades coach, Chris Bertram. “Just because we have a bit of a cushion doesn’t mean we aren’t going to come out here and look to put our best foot forward with a solid effort.”

It was a tight race in the men’s individual edition during the third round, but Cascades player Daniel Campbell came on top after firing a 10 under.

“The first two holes were a little rough but I bounced back from there and just played really well on the back-nine,” said Campbell who was recently named PACWEST male athlete of the year. “It always feels good to be on top, especially with only one hole left.”

Four strokes separate Campbell from fellow teammate Zach Olson, who posted a 6-under to share a piece of second with University of Victoria Vikes’ Lawren Rowe.