UFV Cascades maintain lead in all divisions heading into final 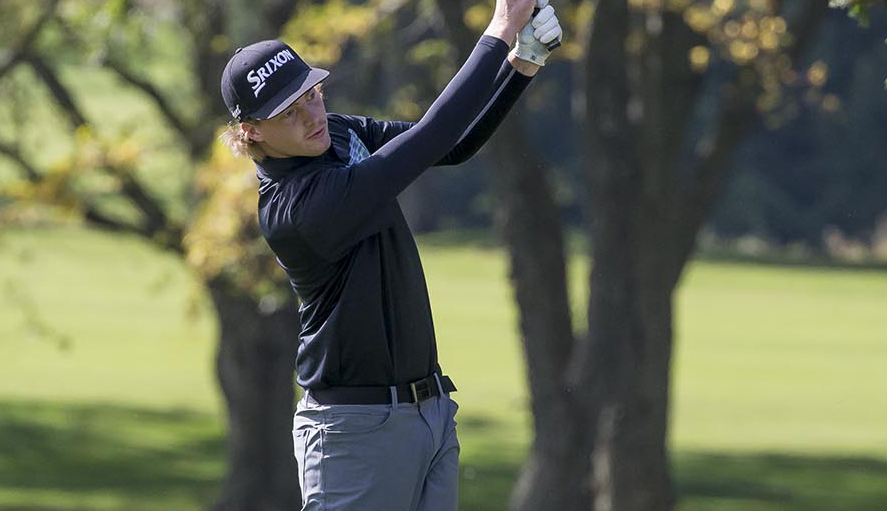 The final round of the 2017 CCAA PING Golf National Championship at Royal Ashburn Golf Club is set up to be an exciting finish as medal hopes remain alive for a number of teams and individuals in the 19-team field.

In the men’s team competition, the University of British Columbia Okanagan (UBCO) Heat cut into the University of the Fraser Valley (UFV) Cascades’ lead by three strokes on Thursday, as the deficit is just two strokes heading into the final round. The leading Cascades shot 23-over in round three while the Heat combined to go 20-over.

Unlike the previous two days, it was the third and fourth place teams with the best rounds of the day. Humber, who sits in third place, is now seven strokes behind the leader as they shot 14-over but the best round of the tournament came from the Champlain St. Lawrence Lions who were three-over, to get within three strokes of the Hawks of a podium finish.

Charles-Eric Bélanger led the way for the Lions as he had the low round of the day at three-under. Taking off a triple bogey on the 12th hole, Bélanger was six-under the rest of the round as he posted the only score under 70 over the course of the three days.

Bélanger sits in third place overall, trailing Daniel Campbell of UFV and James Casorso of UBCO by five and two strokes respectively. Casorso and Jonathan Vermette of Champlain St. Lawrence joined Bélanger as the only golfers under par in round three as they shot one-under and two under respectively.

The top golfer from Ontario is Thomas Code of the Fanshawe Falcons, who is tied with Olivier Ménard of André-Laurendeau for fourth place at eight-over, two strokes back of a podium finish.

In the women’s draw, UFV has a stranglehold on first place as they lead the defending national champion Georgian Grizzlies by 22 strokes. As their men’s team did, Champlain St. Lawrence closed the gap on day three as they had a six-stroke edge on the Grizzlies, putting them in third place just three strokes back. Humber is also within striking distance of the medals as they are three strokes back of the Lions.

In the individual competition, Sarah-Eve Rheaume of Champlain St. Lawrence and Madison Kapchinsky of UFV enter the final round in a deadlock at 21-over. The pair have been even all week long with all scores being within two strokes of one another, with Rheaume holding a one-shot advantage in round three at three-over.

“We could not ask for more,” said Mike Duggan, chair of the PING CCAA Golf National Championships. “If the final round is anything like the previous three, we are in for a great finish.”

The host Durham College Lords did not make a move on moving day as they remained in seventh place in the team standings, with Josh Taylor of Barrie in a tie for 22nd place overall. He has been consistent all week with rounds of 79, 78 and 78 to sit at 19-over.

Through three rounds the total sits at 330 birdies, or 330 pounds of food. The teams have improved their total each day, including going from 116 to 117 from round two to three.

The final round opens at Royal Ashburn at 8:30 a.m. on Friday.