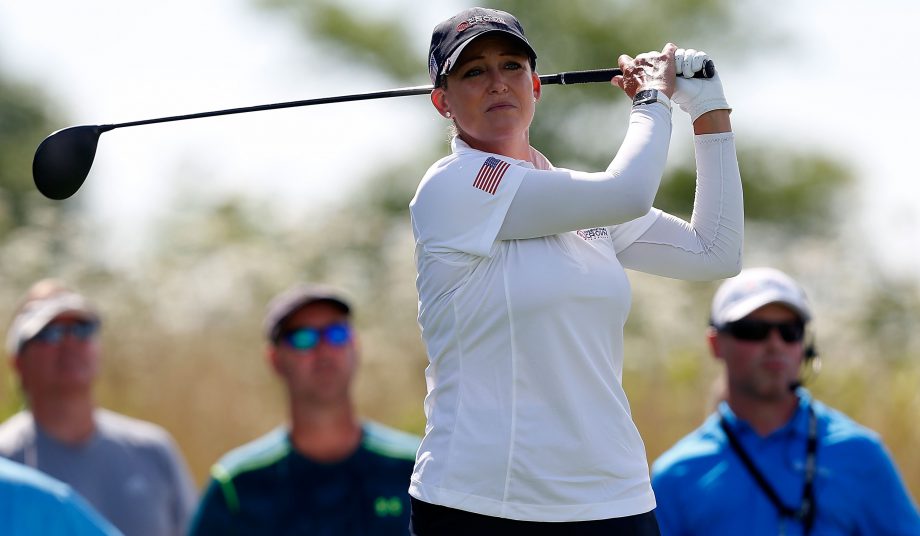 Cristie Kerr and company knew it would work itself out.

Kerr and Lexi Thompson helped the U.S. to three out of four points against Thailand on Friday, and Melissa Reid drew praise for a gutsy effort for England after her partner was sidelined by illness.

Kerr and Thompson routed Thailand’s Ariya Jutanugarn and Porani Chutichai 4 and 3 for the Americans’ first two points after they were shut out in the first session of the LPGA Tour event. The U.S. almost got a sweep, but Gerina Piller and Stacy Lewis each missed a birdie putt on 18 and had to settle for a single point against Moriya Jutanugarn and Pornanong Phatlum.

Each of the four players were on the United States’ winning team in the 2015 Solheim Cup, and the victory in Germany helped convince them to stay with the same lineup after the opening session at Merit Club about 40 miles northwest of Chicago.

“I mean, we had so much success at Solheim Cup, and I just think we played so much together that why switch it up? It was never discussed,” Lewis said.

Lewis’ putt on 18 skirted the edge of the cup.

“I think if it was just a touch slower, 6 inches slower, it probably goes in,” she said. “But I thought it was perfect.”

With Charley Hull sidelined by a fever and complications from asthma, Reid was all alone for her four-ball match against Japan’s Haru Nomara and Mika Miyazato. Reid took it all the way to 18, where Nomura made a matching birdie to close out a 1-up win.

“For me, it’s a huge positive,” Reid said. “To get anywhere near the 18th was going to be a huge achievement, and I am just really, really pleased I gave the team a huge chance of even a point.”

Holly Clyburn and Jodi Ewart Shadoff halved their match against Ai Suzuki and Ayaka Watanabe, helping seventh-seeded England to the Pool B lead. Thailand and Japan were one back with four points apiece, and the U.S. was last after it finished sixth in the inaugural event in 2014.

Taiwan topped Pool A with six points after it split its two matches with top-seeded South Korea. Candie Kung and Ssu-Chia Cheng beat Amy Yang and In Gee Chun 2 and 1, but Yani Tseng and Teresa Lu trailed all day long in a 4-and-2 loss to Sei Young Kim and So Yeon Ryu.

South Korea was second with four points, and Australia and China were tied for third with three apiece. Australia also was shut out in the first session, but Karrie Webb and Rebecca Artis teamed for a 2-and-1 win over China’s Jing Yan and Simin Feng, and Minjee Lee and Su Oh halved their match with Xi Yu Lin and Shanshan Feng.

Lin’s birdie on 14 gave China a 2-up lead, but Lee birdied 18 to secure the point for Australia. Lee played with Artis on Thursday, and Webb was with Oh.

“I think if a few things had gone our way yesterday, we could have gotten points on the board, but it just turned out that these two pairings worked,” Webb said.

There are eight more four-ball matches Saturday. The top two teams in each pool and the winner of wild-card playoff between the third-place teams advance to Sunday’s singles matches, with each player from the winning country taking home $100,000 apiece.

The 20-year-old Hull, who helped England to a sweep of the United States on Thursday, sought medical attention when she arrived at the course. She is hoping to play on Saturday.

“I really wanted to join my partner Mel at some point during the match, but at the advice of the medical team, the best thing to do was to rest and get healthy for my team for tomorrow,” she said in a statement released by the LPGA Tour.

Reid holed out with a wedge from 70 yards on the par-4 13th, squaring the match. But Nomura birdied the final three holes to help Japan to the win.