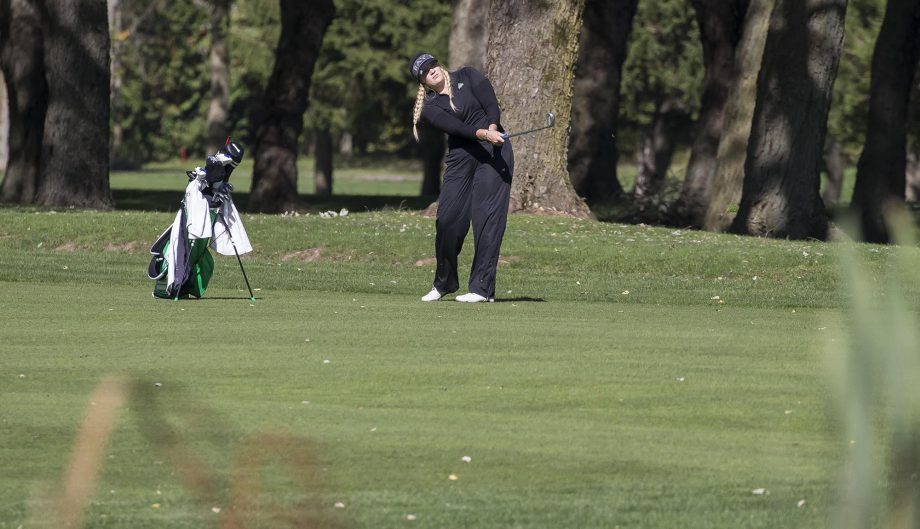 The University of Fraser Valley (UFV) Cascades jumped to the first-round advantage on Tuesday in the Canadian Collegiate Athletic Association (CCAA) National Championship at the Royal Ashburn Golf Club in Durham, Ont.

The Cascades hold the lead in all four categories: men’s team, women’s team, men’s individual and women’s individual. Daniel Campbell (Wellington, Wash.) led the men’s division, carding a 1-under 71 to register the only under-par score of the day. Campbell holds a two-stroke advantage over teammate Zach Olson (Strathmore, Alta.).

Collectively, the Cascade men recorded an opening-round 13-over par, nine strokes ahead of University of British Columbia Okanhagan Heat.

On the women’s side, UFV sit at 24-over par for a three-stroke cushion over defending champion Georgian College. The Cascade women are led by Emery Bardock of Armstrong, B.C., who posted a round of 10 over par, highlighted by an ace on the par-3 7th.

“It was probably the most exciting thing all day because I wasn’t playing too well,” said Bardock. “Our last three holes are always ice cream holes for our team, so my coach was like ‘make this birdie putt.’ When I got up there (green), I was like ‘it’s in the hole,’ so it was really exciting.”

As part of the championship the host committee at Durham College and Conroy’s No Frills in Whitby have partnered to have one pound of food donated to the Salvation Army for every birdie made throughout the tournament. Through one round the total sits at 91 birdies, or 91 pounds of food.

The Georgian Grizzlies took home the women’s title in 2016, and the Niagara College Knights were victorious on the men’s side.

Round two will get underway at Royal Ashburn at 8:30 a.m. on Wednesday.