UVF maintains top spot in all divisions after round 2 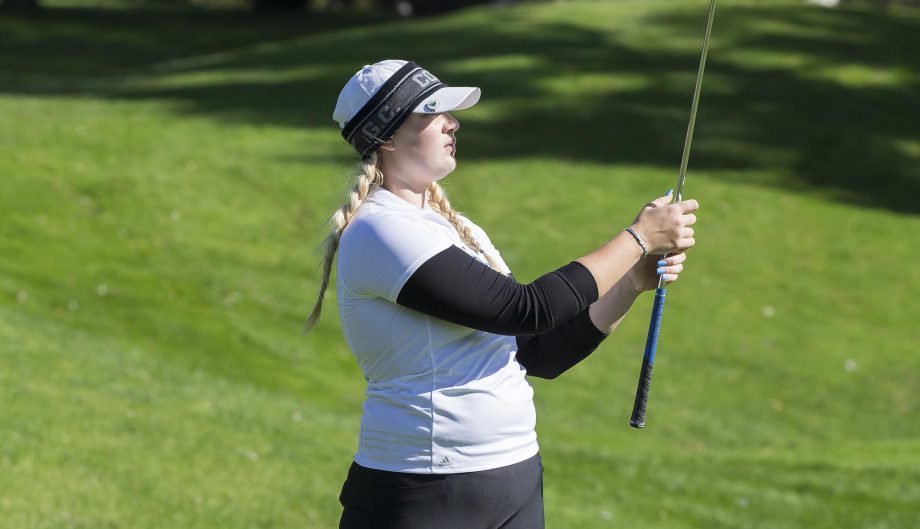 Despite improved scores nearly across the board by team and individuals alike, the University of the Fraser Valley Cascades continue to hold first place on all four leaderboards at the PING CCAA Golf National Championships at Royal Ashburn.

“I think we played well yesterday (Tuesday) given the course was tough and it was windy, but I think it got a little bit better today and more scoreable,” said UFV head coach Chris Bertram. “I think overall we’re playing well. I don’t think we’re playing our best yet. I think at this point it’s good enough, but we’re only at the halfway point and we’ve got some work to do still.”

The only change at the top was in the women’s individual standings. Emery Bardock, who led after the opening round dropped to second place, but her teammate Madison Kapchinsky moved into the top spot with the best round of the day at one-over par to keep the Cascades in the lead at 17-over. Hannah Dirksen, also of the Cascades is tied with Bardock for fourth at 21-over after two rounds, trailing Bardock’s and Sarah-Eve Rheaume of the Champlain St. Lawrence Lions at 18-over.

Defending individual champion Addison Wallwin of the Georgian Grizzlies is also tied with Dirksen at 21-over, while her teammate is in sixth at 22-over.

The strong presence of Cascades and Grizzlies at the top of the individual leaderboard has their teams in the same position as yesterday, sitting 1-2 respectively. Georgian currently trails by 11 strokes after two rounds. The entire team leaderboard saw no changes for the women as the Humber Hawks and Champlain St. Lawrence Lions sit third and fourth, 18 and 20 strokes back of Fraser Valley.

On the men’s side the team standings also didn’t change for the top four as Fraser Valley continued to hold first place over PACWEST rival UBC-Okanagan by five strokes. The top team from the host conference (OCAA) continued to be the Humber Hawks, who are 16 strokes back of the Cascades, but only lead fourth-place André-Laurendeau by five strokes.

Thomas Code of the Fanshawe Falcons had the low round of the day for the men at one-under par, moving him into sixth place overall on the individual leaderboard. That wasn’t enough to shuffle the top three though as they all stayed in medal spots midway through the championship.

Daniel Campbell and Zach Olson hold first and second place again for Fraser Valley, while Olivier Ménard of the André-Laurendeau Boomerang still sits in third after Round 2.

James Casorso passed his UBC-Okanagan teammate Nik Federko for fourth place, but Federko only dropped to fifth after a round of four-over.

The host Durham College Lords struggled on the second day of play and dropped from fifth to seventh in the team standings. This also puts them 25 strokes out of a podium position.

Through two rounds the total sits at 213 birdies, or 213 pounds of food. The teams improved their total of 97 from the opening day to 116.

Round three opens at Royal Ashburn at 8:30 a.m. on Thursday.