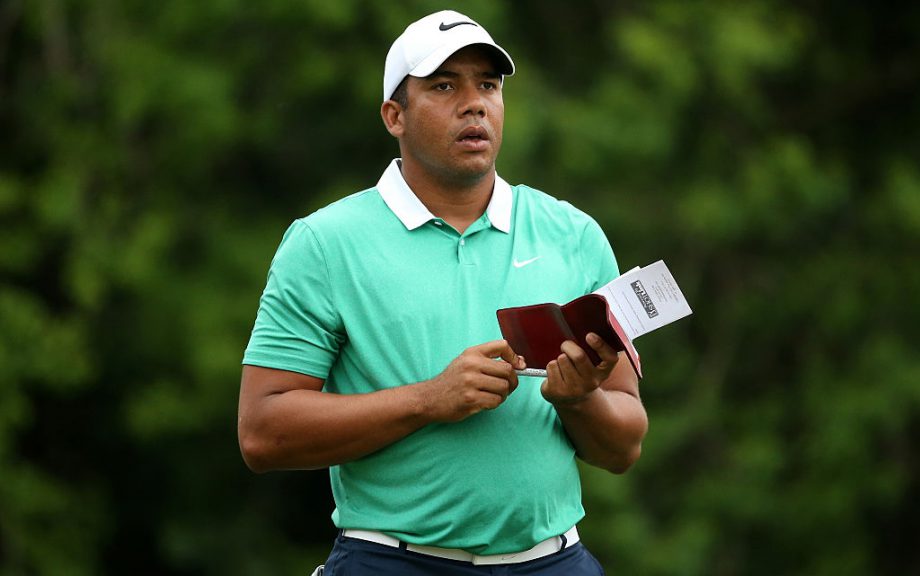 AVONDALE, La. – Jhonattan Vegas birdied two of five holes he was able to play in the rain-delayed third round of the Zurich Classic on Sunday, giving him a share of the lead with Brian Stuard.

Tournament officials cut the event to 54 holes in an attempt to finish play Monday.

Vegas made birdie putts from beyond 7 feet on the first two holes to reach 13 under, then parred three straight before steady rain, accompanied by intermittent thunder, forced organizers to clear the water-logged TPC Louisiana after little more than two hours of play.

Stuard, who has not made a bogey in the tournament, had one birdie Sunday. Like Vegas, he’ll resume play on the sixth hole.

Top-ranked Jason Day was in a five-way tie for fifth at 10 under through 44 holes.

The Zurich Classic is the first PGA Tour event to be shortened to 54 holes since the 2013 Hyundai Tournament of Champions at Kapalua. The last Monday finish was the Farmers Insurance Open at Torrey Pines in early February.

Play was suspended a just after 10 a.m. time and tournament officials waited hopefully through a delay of more than six hours before finally calling off play for the day and shortening the tournament.

“I’m just trying to stay awake right now. It’s been a really long day,” Vegas, a Venezuelan with one career PGA Tour triumph, said during the delay. “Just got to find a way to relax and keep the mind calm.”

He said he was focused on “doing things simple” in conditions that were sloppy but hardly unfamiliar to him.

“I grew up in a place that rained a lot,” Vegas said. “The big thing here (is) just being able to hit the ball clean, especially when it’s muddy and so wet.

“It should be a fun finish,” he added.

The 33-year-old Stuard is trying to win a PGA Tour event for the first time, and the delays have given him plenty of time to sit around and think about the high stakes he now faces in his final round, although he’s trying not to do that.

“Just try not to get ahead of yourself,” Stuard said. “We just got to keep that right mind frame and just worry about the next shot.”

Bobby Wyatt, who has an eagle and four birdies in his third round, climbed from 22nd after two rounds to third at 12 under with nine holes to play. Jamie Lovemark was fourth at 11 under with 13 holes left.

Day birdied his last two holes before play was stopped. He was tied with Charley Hoffman, Scott Stallings, Chris Kirk and Charles Howell III. Hoffman and Stallings each have just four holes left, while Kirk has nine and Howell 12.

“I’m only three shots back, but anything can happen on the back side,” Day said. “We always say golf is a marathon, not a sprint, (but) this is kind of a sprint now.”

Canada’s David Hearn was 8-under thru 13-holes of his 3rd round.