Verplank leads while Ames sits 4-shots back in Tucson 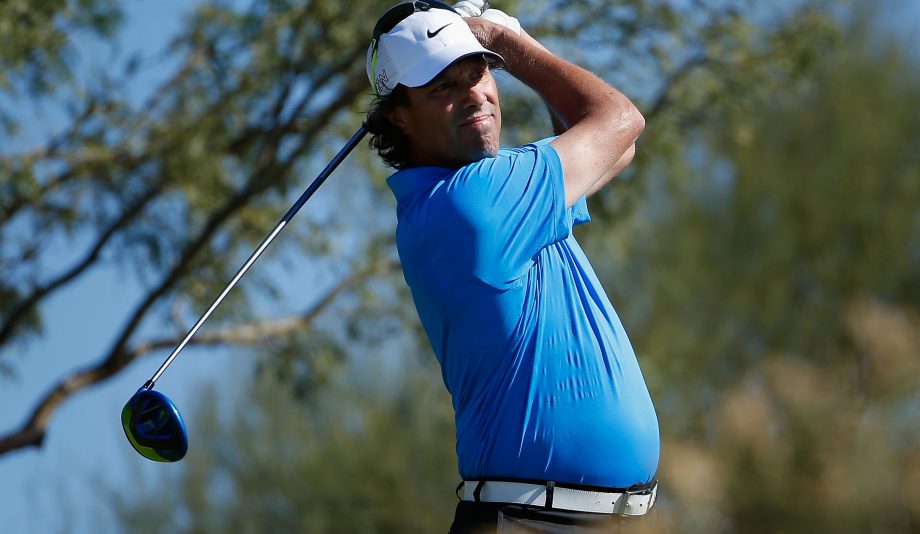 The 51-year-old Verplank birdied five of the first six holes and seven of the first 10 in perfect conditions on Omni Tucson National’s Catalina Course. He bogeyed the par-3 12th, failing to get up-and-down from a greenside bunker, and closed with six consecutive pars.

“I was really good or really bad with my shots,” Verplank said. “I’m still not hitting it as good as I would like or kind of the way I want to, but I’m hitting enough good ones to overcome it. … Shooting scores, making birdies, always helps your attitude.”

Winless on the senior tour, the five-time PGA Tour champion has fought a series of injuries, and he had a cortisone shot in his shoulder last week. He is diabetic and wears an insulin pump on the course.

“Trying to get committed to playing this tour full time,” Verplank said. “I’m just happy to shoot some good scores. I haven’t been shooting that many good scores in the last several years after all these different surgeries and injuries. It’s always good to make birdies and shoot good scores.”

Jim Carter and Wes Short Jr. were a stroke back.

The 54-year-old Carter shot a 63. He birdied nine of the first 13 holes, making six straight on Nos. 8-13. A former Arizona State player, he won the 2000 PGA Tour event at Tucson National for his lone title.

“I just hit some good shots, kept it in play, made some putts,” Carter said. “I tried not to think too much, at least for me. I try not to think at all. I seem to do better when I’m not thinking.”

The 52-year-old Short tied the tour record for eagles in a round with three in his 65. After birdieing 16 and 17 to reach 13 under, he drove into the water on the par-4 18th and made a double bogey,

“It’s a tough driving hole,” Short said. “I probably should hit 3-wood off that tee. Driver, if I hit it any left, I’m going to go in the water. I should just take my medicine and play it from a little farther back, but sometimes I’m hard-headed.”

Bernhard Langer, defending champion Marco Dawson and first-round leader Woody Austin were tied for fourth at 9 under. Langer, coming off a victory Feb. 14 in Naples, Florida, in the last tour event, had a 66.