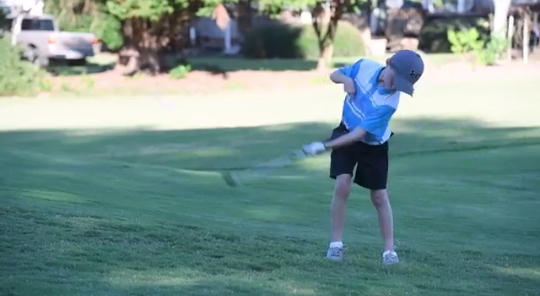 Jackson Merriss was born premature was wasn’t expected to survive.

After defying the odds, his parents were told they’d be lucky if he’d ever recognize them.

Then he wasn’t supposed to be able to walk or talk.

But, the 8-year-old from South Carolina defied those predictions and has become a pretty good one-armed golfer, competing against, and often beating, other golfers.

Watch the video below to learn more about Jackson’s touching and amazing story.