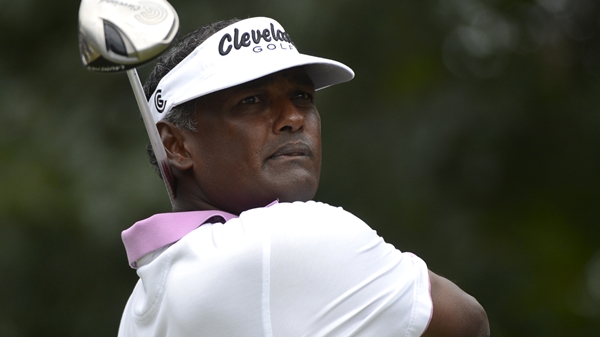 Vijay Singh received a favorable ruling in his lawsuit against the PGA Tour when a judge allowed his complaint that he was treated differently from other players under the tour’s anti-doping policy.

The New York State Supreme Court only partially dismissed the lawsuit, meaning the case could be headed for trial.

The tour announced a year ago that Singh would be suspended for saying in a Sports Illustrated story that he took deer antler spray, which was believed to contain the banned substance IGF-1.

Late in the appeals process, the tour dropped the case when the World Anti-Doping Agency said deer antler spray was no longer a concern.

Singh sued the tour in May – the day before The Players Championship – saying it exposed him to “public humiliation and ridicule” during the investigation.

In Tuesday’s order, Judge Eileen Bransten threw out five of seven elements in the tour’s motion to dismiss. Four of them effectively agreed with the tour’s argument that Singh had to abide by the anti-doping policy because he willingly signed up as a PGA Tour member.

Another part of the ruling rejected Singh’s claim of intentional emotional distress.

“This is a big win,” said Peter Ginsberg, an attorney for the Hall of Fame golfer from Fiji. “The cornerstone of our lawsuit is that the PGA Tour violated in covenant to treat Vijay fairly, and the court has allowed us to proceed with that claim.”

Asked if the tour or Singh had talked about a settlement, Ginsberg declined comment.

Along with ruling in favor of Singh on his allegations of fair treatment, the court sided with his complaint that the tour unfairly held $99,980 in PGA Tour earnings while the case was being investigated. Singh says his prize money was being held in escrow since the 2013 AT&T Pebble Beach National Pro-Am, before he was informed of his suspension.

Most damaging for the tour in Tuesday’s ruling is the potential for Singh to demand evidence involving other players. Both sides already are battling over how much information the tour should hand over regarding its handling of other players.

“So far the tour has put up a road block and failed to produce anything,” Ginsberg said. “The court has made it clear that the PGA has to satisfy our requests. We’ll go through discovery, and we expect to go all the way through with this.”

The tour is the only major sports league in America that does not announce how it punishes its players for violations, such as bad conduct. Even when John Daly told The Associated Press in 2008 that he had been suspended for six months for his conduct, the tour would not confirm it.

The anti-doping policy requires the tour to announce when a player has been suspended for performance-enhancing drugs (but not which one). Doug Barron is the only player to have been suspended since the program began in July 2008. But the commissioner does not have to disclose any suspension for recreational drugs.

Even though Singh agreed to the anti-doping policy as a PGA Tour member, Bransten said Singh could proceed under the “good faith and fair dealing” because of his allegation that the tour was “reckless in its administration of the program.”

The tour had warned players about deer antler spray because it was believed to contain an insulin-like growth factor on the tour’s list of banned substances. It can only be detected through a blood test – the tour only tests urine samples.

But the admission of taking a banned substance constitutes a positive test under the tour’s anti-doping policy.

Singh’s lawyers have said the amount of IGF-1 in the spray is so diluted that it would be comparable to pouring a shot glass of bourbon in an Olympic-sized swimming pool, and then drinking a shot from the pool water.