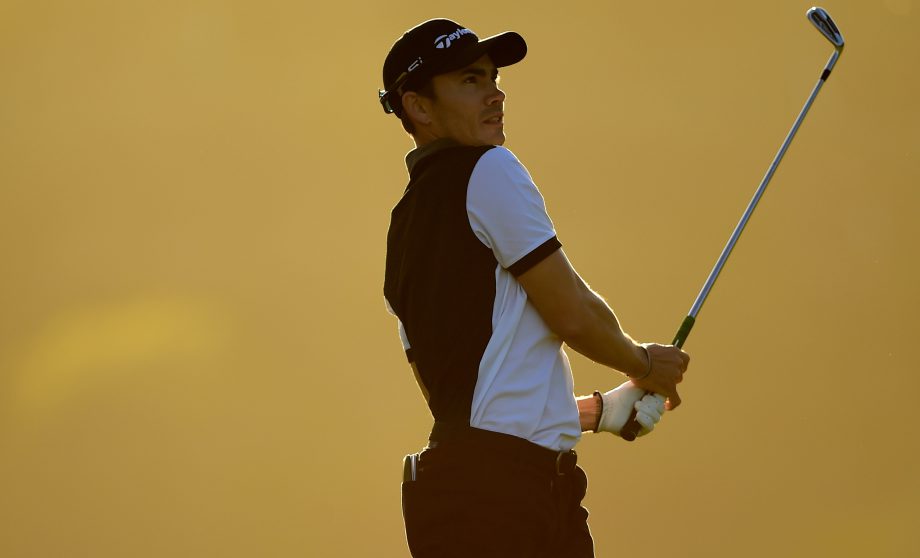 LOS ANGELES – Camilo Villegas hasn’t make a cut all year and has only broken 70 one time in four previous trips to Riviera, so it was mildly surprising to see him with an 8-under 63 to build a three-shot lead Thursday in the Northern Trust Open.

That wasn’t the biggest surprise.

One spot from the bottom of the leaderboard was Jordan Spieth, the world’s No. 1 player who shot an 8-over 79 on one of his favorite courses. It was his worst start ever as a pro, and his highest score since an 80 in the third round of the 2014 Tour Championship.

“In the course of a career, I imagine it’s going to happen,” Spieth said. “Just unfortunate when it actually does.”

And there was one more surprise for everyone. Riviera, which played so fearsome during the practice rounds under a hot sun, was softer than usual after a steady overnight rain that never cleared until moments before the first round began.

Spieth said he couldn’t trust how the course was playing. Villegas also was stunned when he heard players from the morning round talk about 4-irons stopping on the green, instead of taking a hard bounce.

“You don’t really shoot 8 under around this place not playing good,” Villegas said. “Obviously, the rain yesterday made the golf course a lot more accessible.”

Bubba Watson, who won at Riviera two years ago with a 64-64 weekend, opened with a 66 along with Chez Reavie and Luke List.

Rory McIlroy, making his first PGA Tour start this year and his debut at Riviera, opened with two quick birdies and added two more on the front nine for a 67. He was in a large group that included 22-year-old Charlie Danielson, the Illinois senior who earned a spot in his first PGA Tour event by winning a collegiate qualifier on Monday.

“I just went out and tried to enjoy the day,” Danielson said. “I had no idea if I would shoot 80 or 66, so I just went out with no expectations and it worked out.”

Spieth didn’t have any expectations of a 79 – or worse. Still to be determined is whether his ball moved before hitting a chip on the ninth green. Spieth asked rules officials to review the video. He said he was fairly certain it didn’t move, but wanted to be sure. A decision was not expected until Friday morning. It would be a one-shot penalty under Rule 18-2 if the ball did move.

That was the least of his worries. The round got away from him on the back nine when he kept missing greens and leaving himself short par putts that are difficult on poa greens in the afternoon. Spieth dropped six shots over the last seven holes, including a three-putt double bogey from 8 feet on the 18th.

“I’m not throwing this tournament away,” Spieth said. “I’m not packing it in by any means.”

Only one other player in the 144-man field shot worse than Spieth. The Masters and U.S. Open champion was the last man on the practice range Thursday night when the first round was suspended by darkness. Fourteen players did not finish the round.

Villegas didn’t want it to end.

He opened with a pitch to tap-in range for birdie on No. 10, far less fearsome with slightly softer conditions. But his round really took off on the front nine when he ran off four straight birdies starting at No. 5 when he holed a 25-foot birdie putt. He hit his tee shot to 3 feet on the par-3 sixth, and holed a pair of 15-foot putts on the next two holes. Villegas needed one more birdie at No. 9 to match the course record of 61 that Ted Tryba set in 1999.

He missed the green to the right and chipped to 4 feet, missing the par putt and settling for a 63.

“I got on fire there for a little stretch,” he said. “And obviously, a little mishap on the last hole. But man, I thought I made the chip, too. It was a good day out there. Fun.”

McIlroy started birdie-birdie, and his lone mistake was a tee shot into a deep bunker on No. 15, leaving him no chance at reaching the green. Even so, he was happy to take advantage of the conditions.

“Put myself out of position a couple of times, but with the way the conditions of the golf course were, it didn’t punish you as bad as if it would have been as firm as it was the last couple of days,” McIlroy said.

Villegas figured it out quickly and played more aggressively, going at pins instead of planning for a big bounce.

“I would say I was a little surprised with my 8 under to be honest. This is a golf course where it’s not easy to shoot 8 under,” Villegas said. “I didn’t know Jordan shot 8 (over), but obviously he must have had a bad day. But again, everybody has bad days in this sport, man.”

Abbotsford, B.C., natives Nick Taylor and Adam Hadwin opened with matching 1-under 70s to sit T39. David Hearn of Brantford, Ont., was 3-over 74 on the day, while Graham DeLaet from Weyburn, Sask., shot 4-over.