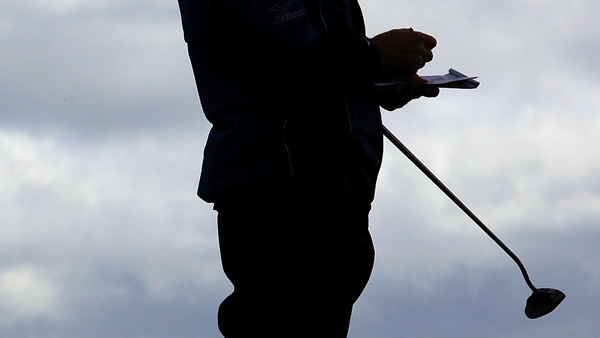 There’s a fellow at my club—let’s call him Fred (as that is his name)—who, thanks to an early retirement, has spent the past several winters in Florida. He plays at least three times a week down there. When our club reopens in the spring, his game hasn’t lost a beat. And speaking of “beat,” that’s what he does to the rest of us poor souls who haven’t swung a club all winter.

Not that I am bitter—envious definitely, but not bitter—but despite the fact his game in the spring is at least as good as when he headed south, he does not post a single score during his winter hiatus. Asked why, he always says that it is too confusing and difficult to post in the U.S.

Hang on a sec, Fred. Craig Loughry begs to differ.

Loughry, Golf Canada’s Director of Handicap and Course Rating, points out that scores posted on both sides of the border can be seamlessly linked, thanks to the International Golf Network.

“IGN is really a clearinghouse for all the state, regional and provincial golf associations to help organize all the vendors of the various handicapping systems, including the Golf Canada Score Centre, the USGA’s GHIN system, and all the rest. So when your score is posted in the U.S., it goes through this ‘clearinghouse’ and loops back to your home course in Canada, and vice versa.”

How does it work?

If you are lucky enough to belong to a club in Canada and another in the U.S., you simply post your score at whichever club you are playing. Before you take off, have your records linked by arranging it through your club or you can call your provincial golf association or Golf Canada. They’ll do the rest. It’s just that simple.

But it works just as easily even if you are down south for only a couple of weeks. “You don’t have to be a member at a U.S. club to post your scores while you are in the U.S.,” Loughry says.”You can post as a guest at the course’s handicap terminal as long as they are part of their state association. “

In both cases, Loughry says, “it’s like having your home club handicap terminal wherever you go.”

To make it even easier to post scores (Fred, are you paying attention?), Golf Canada has a pretty slick mobile application. The mobile-friendly app can be found here.

So here’s the message: Post your scores! All your scores! No matter where you play! To learn more, click here.

If you have a concern with an individual or with the administration of handicapping at your club, you can contact your provincial association. They will look into the situation and rectify it.

In a proactive move, the Golf Association of Ontario (GAO) has initiated random audits of handicaps at a cross-section of its member clubs. The results of these audits are then shared with all GAO member clubs. In extreme cases, offending clubs may have the privilege of issuing handicaps suspended.

As for me, I will be keeping an eye on Fred and his ilk through Golf Canada’s verification tool until our club reopens in the spring. After all, what else do I have to do during our interminable winter?