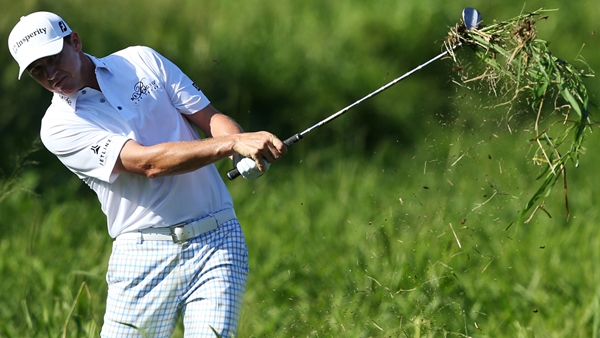 KAPALUA, Hawaii – Jimmy Walker and Hideki Matsuyama are tied for the lead going into the final round of the Hyundai Tournament of Champions.

Matsuyama matched the best score of the week Sunday with a 7-under 66. He made three straight birdies on the front nine and back nine, and closed with a delicate pitch down the slope to 2 feet for birdie on the par-5 18th.

Walker began to pull away with five birdies in 10 holes. But he didn’t make another birdie until a 4-foot putt on the last hole for a 67. They were tied at 17-under 202.

Bae Sang-Moon (69) and Patrick Reed (68) were two shots behind. Defending champion Zach Johnson, among four players tied for the lead, stumbled to a 73 and was six shots behind.

Canada’s Nick Taylor has a share of 27th after a 1-under 72 Sunday. The Abbosford, B.C. native is heading into the final round 5-under par.