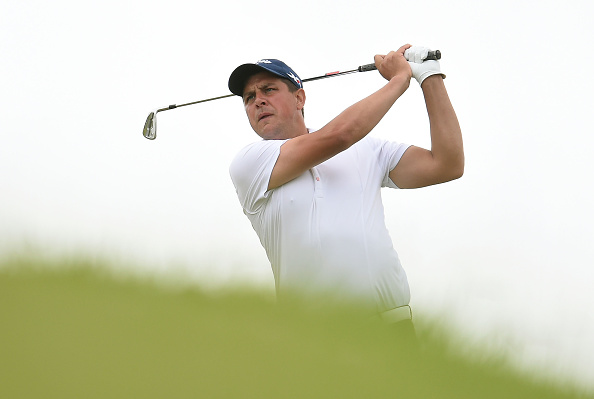 SANTO DA SERRA, Madeira Islands – Sam Walker of England and Pontus Widegren of Sweden both shot a 6-under 66 Friday to sit tied for the lead after the second round of the Madeira Islands Open.

Walker had an eagle and four birdies while Widegren had to overcome two bogeys by making an eagle and five birdies for an 11-under total of 133.

They were a shot ahead of first-round leader Antonio Hortal of Spain, who shot a 71, while last-year’s runner up Scott Henry of Scotland was among four players another stroke behind.

The 37-year-old Walker said the windy conditions on the island course were tough, “but if you played with the wind a little bit you’d create some chances.”

Walker is bidding for his first European Tour win but said “this is Madeira, it’s never easy here.”