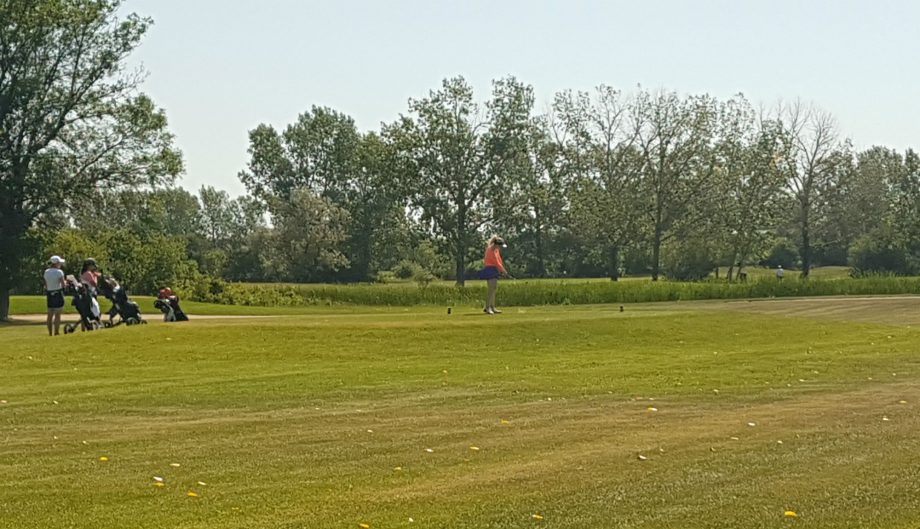 Estevan, Sask. – Tayden Wallin shot to the top of the leaderboard in the boys division with a 2-under-par 70 while Chaewon Baek held on to her lead at the Future Links, driven by Acura Prairie Championship at TS&M Woodlawn Golf Club on Wednesday.

Wallin started the day two back off the leader and, after a bogey free front nine, the 18-year-old from Humbolt, Sask., made the turn at 1 under par before he carded two birdies and an eagle to offset his three bogeys. His back-to-back opening round 70’s give him a three-shot cushion at the top of the leaderboard.

“I didn’t realize that today was going to turn out as well as it did,” he said, after the low-round of the day. “I was making quite a few pars and my putts were going in, but I guess the eagle on the back nine really jump-start the round and put me in a good position at the end of the day.”

Kade Johnson, from Yorkton, Sask., and Ryan McMillian, from Winnipeg, Man., shot matching even-par 72’s to enter the final round within striking distance of the lead. The pair are 1 under par for the tournament.

Jacob Kydd entered round two with a two-shot lead after his opening round 68, but got off to a rough start with a bogey on the first hole that lead to a 9-over-par 81 on Wednesday.

In the girls division, Baek carded a 6-over-par 78, a score seven shots higher than her opening round, but was still able to hold on to her lead after all the golfers struggled on Wednesday. The 13-year-old recorded four bogeys on the front nine and managed to only card a single birdie but still entered the clubhouse with a 10-shot lead.

Vaijayanti Bharkhada, from Brampton, Ont., is the closest to Baek after her 10-over-par 82, and Samantha Copeland rounds out the top three in the girls division, two shots back of Bharkhada.