Warren joins Dredge in lead of Made in Denmark 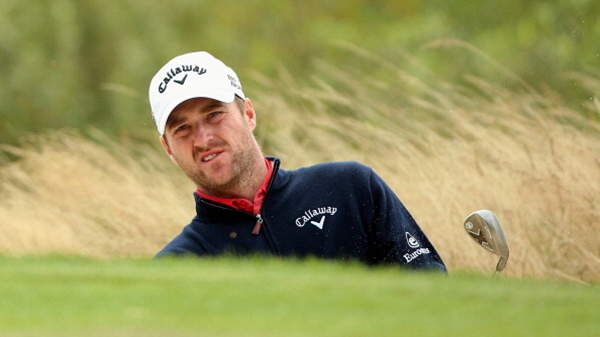 AALBORG, Denmark – Scotland’s Marc Warren mastered strong winds to shoot a 5-under 66 on Saturday and join Bradley Dredge of Wales in a share of the lead after the third round of Made in Denmark.

Warren surged 12 places up the leaderboard to sit tied with Dredge on 6-under 207, three shots ahead of Garteh Maybin of Northern Ireland and England’s Simon Wakefield.

Dredge, a two-time winner of the European Tour, held a four-shot lead after the second round but only managed a 73 after mixing four bogeys with two birdies.

“I am absolutely delighted,” Warren said. “I started off and felt a wee bit of out of synch the first couple of holes, then hit a really nice second shot into the third and from then on just played really solid golf.”

Denmark’s Thomas Bjorn, who is hoping to wrap up a Ryder Cup spot, also made a 73 to drop into a tie for eighth. The 43-year-old Dane, who hasn’t played in the Ryder Cup since 2002, dropped behind countryman Thorbjorn Olesen and was five shots behind Dredge.

“It wasn’t going to be today,” Bjorn said. “I missed some short puts and it was pretty tough out there.”

Some players were held up briefly after a Danish cameraman fell ill and needed medical attention on the 18th hole. He was rushed to a hospital but was quickly released and organizers said he was doing well.

This is the first time since 2003 that a European Tour event is being held in Denmark.