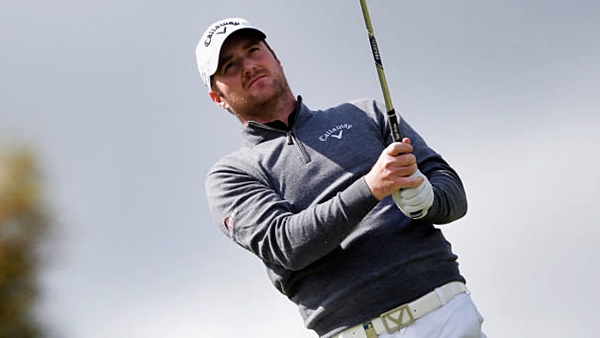 CADIZ, Spain – Marc Warren of Scotland shot a 5-under 67 Friday to take the clubhouse lead at the NH Collection Open before the second round was suspended because of darkness.

Warren made six birdies and a bogey for a 5-under total of 139 to sit one shot ahead of Felipe Aguilar of Chile, who carded a 69.

David Horsey of England was also on 5 under through 15 holes to join Warren atop the leaderboard before play was stopped.

Rain delayed the start of the inaugural event on Thursday, forcing the first round to also be suspended and finished on Friday morning.

Horsey and 44 more golfers in the 144-player field will have to complete the second round early Saturday.