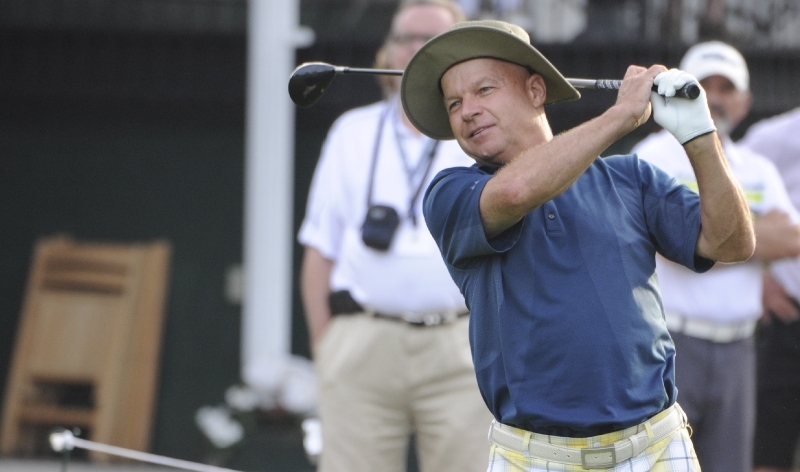 Warren Sye confessed the other day that he’s not pounding the ball the way he wants to coming into the 2015 Canadian Amateur. A shoulder injury he suffered a year ago has limited the golf game of the two-time national champion.

But you can wager that the 59-year-old Sye will give it his best effort and that as he walks the fairways of Weston his emotions will be evident.

Twenty-five years ago, Sye captured his first Canadian Amateur to get “over the hump.” Back then Weston was his home course. He arrived on the scene having placed third four times and fourth on another occasion in the previous six Canadian Amateur tournaments.

He doesn’t quite recall an “ah-ha” moment, but he does remember a conversation he had with veteran Gary Cowan, who won two U.S. Amateur titles, a Canadian Amateur and a record nine Ontario Amateur crowns.

“I remember he told me that my time would come and that before I know it I’ll enjoy quite a run,” Sye said.

Cowan was right. After graduating from the University of Houston in 1980, where Sye played on the golf team with Fred Couples, Blaine McCallister and future sports broadcaster Jim Nantz, Sye had quite a run, beginning with the 1986 Eisenhower Trophy.

The Eisenhower Trophy is a biennial world amateur team event that dates back to 1958. Canada had never won the prestigious title until Sye and his teammates Mark Brewer, Brent Franklin and Jack Kay Jr. broke through for their brilliant championship.

This was the beginning for an incredible run for Sye on the national stage. Before his big victory at the 1990 Canadian Amateur, Sye reeled off an 11-shot win at the Ontario Amateur in 1988.

Then, after his triumph at Weston 25 years ago, he won the Ontario Amateur four more times in 1991, 1993, 1994 and 1996 and won another Canadian Amateur in 1994 at the Hamilton Golf and Country Club, where he also won the 1991 Ontario Amateur as well as the Ontario father-son with his Dad.

“I had a good run, then the family came,” said Sye, who now has three grown children, two sons and a daughter.

His championship run at Weston 25 years ago began with rounds of 70 and 68 for a six-under 36-hole total and a stroke lead over Arden Knoll of Estevan, Sask.

Knoll, however, wasn’t going away. A former hockey player with the Yorkton Terriers and the University of Saskatchewan, he took up golf seriously only six years prior to his run at Weston after four knee operations from hockey injuries. He turned professional a few months later, won on the Canadian Tour, played briefly on the PGA Tour and represented Canada at the World Cup.

Thanks to a third-round, three-under 69, the then 27-year-old Knoll entered the final day with a two-shot advantage over Sye and Jeff Cannon of Don Mills, Ont.

In a sad postscript to the 1990 Canadian Amateur, Cannon was killed in a car accident near Dryden, Ont. the following summer. After his strong showing at Weston, like Knoll, he also turned pro and played the Canadian Tour. But after missing the cut in an event in Regina, Cannon headed home but never made it.

In the final round, Sye rebounded with a hot start. He birdied four of the first five holes before he stumble with a double bogey at No 6 brought him back. The southpaw Knoll, however, struggled on the back nine with double bogeys Nos. 14 and 16.

Sye closed with five consecutive pars for a one-under 71 and seven-under total, two better than Knoll and Cannon, who checked in with final rounds of 75 and 73, respectively.

“I don’t care what anyone says, it’s hard to win at home with everyone following you and pulling for you.”

“It’s a weight off my shoulders, like when I finally won an Ontario Amateur title in 1988.”

Sye had a brief flirtation with the pro game a few years ago, when he attempted to qualify for the Champions Tour. But he has returned to amateur golf and now lives in London in the RiverBend Golf Community. He resides on Moe Norman Way in a neighbourhood that also has roads named Weir Ave., Marlene Stewart St., Ed Ervasti Lane, Jack Nash Dr. as well as Sandy Somerville Dr.

“I don’t have many expectations this week, but if the shoulder holds up, who knows,” Sye said.