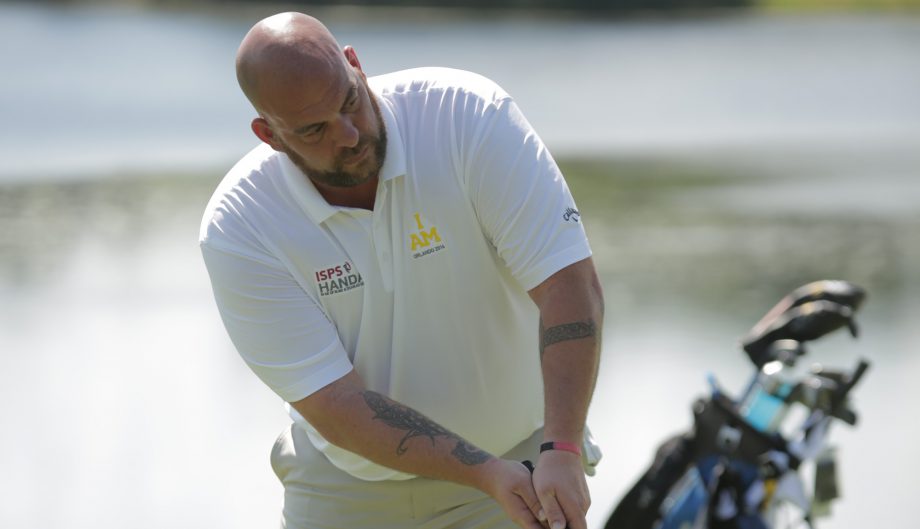 The indomitable spirit will be par for the course at the 2017 Invictus Games.

In the dark of night, at 9:33 p.m. on Oct. 2, 1994, a high-powered sniper bullet was fired from an enemy-held position in the Bosnia and Herzegovina town of Ilijas. It travelled some 800 metres and pierced the armoured vehicle in which Canadian Forces warrant officer Tom Martineau was riding. The bullet ripped through Martineau’s left triceps and ricocheted through his internal organs, splitting his left kidney, detaching his spleen and fracturing his thoracic 12 vertebrae, immediately paralyzing him from the waist down.

“I knew right then and there that this was going to affect my golf swing,” muses the resident of Kingston, Ont., who turns 57 in June.

One of Team Canada’s estimated 12 golf participants at the 2017 Invictus Games in Toronto this September, Martineau can joke about it now. But the physical injuries for wounded warriors often pale in comparison to the psychological demons that accompany them. Martineau, who fell victim to drugs and alcohol addiction in the aftermath of his injury, contemplated suicide on more than one occasion.

“I had a loaded rifle in my mouth,” he recalls. “For whatever reason, the thought occurred to me: ‘Who will look after my dog?’”

Martineau withdrew his weapon and began the journey back into the light — an arduous road shared by military veterans the world over as they learn to keep those demons at bay and reintegrate into society.

Double amputee Bernie Broad from Team UK is more than a match for most players (photo: Terry D. Cuffel)

For many, sports have provided an opportunity to find renewed focus and purpose. Nowhere is that more evident than the Warrior Games, a U.S.-based multi-sport event originated in 2010 for seriously wounded, ill and injured service members and veterans. The 2013 edition in Colorado was officially opened by Prince Harry, who was a captain and helicopter pilot in the British Army at the time. Inspired by the efforts of participants in the international Paralympics-style event, the prince was motivated to launch an expanded international version in 2014 — the Invictus Games.

Latin for “unconquered,” this year’s Invictus Games will feature 550 competitors from 17 allied nations and will debut golf among its dozen adaptive sports. Five-time Canadian Open host St. George’s Golf and Country Club will provide the venue for the one-day golf competition on September 26 that is expected to field around 60 competitors. Offering free entry for all spectators, the low-net event will employ the points-based Stableford scoring system, including a double-bogey maximum to assist with pace of play. Ground rules will also be implemented to address severe bunkers and other hazards for players with limited mobility.

“When (the Invictus organizers) said they’d like to have the golf event at St. George’s, I thought, ‘Well yeah, who wouldn’t?’ says Jim Clark, chair of the golf competition’s organizing committee. “But after we met with general manager Jason Clarke, the St. George’s board’s vote was a unanimous yes. And then they asked, ‘What else can we do to make it better?’”

Clark, who has served as chairman of the RBC Canadian Open since 2002 and of the 2015 Pan Am Games golf competition, is experiencing a lot of that type of support in preparation for golf’s launch at Invictus.

“We needed 60 volunteers, but were quickly oversubscribed,” he explains. “I’ve never seen anything like it. We’ve had to turn away more than 100 of these amazing, experienced Canadian Open volunteers.”

The royal, red-haired gentleman who will be handing out the medals on the 18th green is also worthy of mention.

“These Games have shone a spotlight on the unconquerable character of servicemen and women, their families and the invictus spirit,” says Prince Harry.

Karyne Gélinas, a 37-year-old Moncton native and Country Meadows GC member, is another Canadian hopeful. She suffered a lower back injury in a 1998 car accident, and after it was re-aggravated, the Canadian Armed Forces (CAF) captain was forced to retire from her air traffic controller role last fall. Now she’s training 10 to 12 hours weekly to hopefully walk all 18 holes at St. George’s.

“Invictus has given me a new purpose,” notes Gélinas, a multi-sport competitive athlete prior to her injury. “It has been an amazing experience and I’ve met incredible people. But honestly, it will be great to represent our country and wear the Canadian flag again.”

“You’re willing to give your life for each other so there’s a sense of failure when you’re removed from that equation,” adds Martineau, who now helps fellow service vets navigate the road to physical and emotional recovery with the Department of National Defence’s Operational Stress Injury Social Support services. “Some athletes on the team have never re-socialized. They’re being brought together as part of a team again. You cannot measure the positives of these Games that could be life altering.”

Martineau has recovered to the point that he can now stand on his own two feet, play to a 12 handicap and pummel drives nearly 240 yards at his home course — albeit never knowing if his left leg might buckle. It’s a long way from being wheelchair-bound for three years after the shooting.

Martineau, who will also be competing in wheelchair basketball at the Games, espouses the virtues of the Soldier On program — a CAF initiative that helps currently serving veterans and members overcome illness or injury through physical activity — as well as its support for those competing at the Invictus Games.

“But’s not about the medals,” he assures. “It’s the individual journey.”

To find out more information about the event or tickets, visit invictusgames2017.com