Watson maintains lead after second round of Travelers 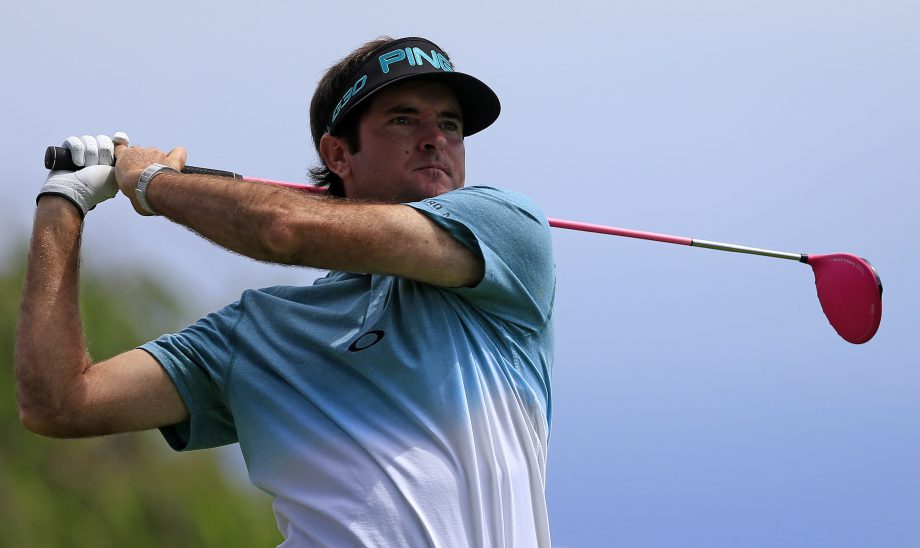 CROMWELL, Conn. – Bubba Watson shot a 3-under 67 on Friday to maintain a two-stroke lead after the second round of the Travelers Championship.

After opening with a 62 on Thursday, Watson had three birdies in a bogey-free round to enter weekend play at 11-under par.

“Some of the holes were playing a little bit longer because of the wind,” he said. “The wind was in a different direction, so it just made the course a little bit tougher.”

The two-time Masters champion is trying to become the first wire-to-wire winner at TPC River Highlands since Peter Jacobsen in 2003.

He was delayed in talking to the media Friday after being pulled for a random drug test, something he saw as a positive sign.

“I hope I passed it,” he joked. “It’s usually when you’re at the top of the leaderboard they want to drug test you, especially me.”

Brian Harman birdied two of his final three holes during an afternoon round of 65 to join Brian Stuard and Carl Pettersson at 9 under.

Stuard, who followed an opening 64 with a 67, pulled within a shot of Watson after back-to-back birdies on 15 and 16. But he bogeyed the 17th after hitting his second shot over the green and missing an 8-foot par putt. He then saved par on the 18th with a 19-foot putt.

“That was kind of a nice momentum-keeper going into the weekend,” he said.

Pettersson, started on the back nine at shot a 31 on those holes, before finishing with a 66.

The back nine was less affected by the wind than the front, where a headwind had several holes playing longer than their yardage.

Scott Brown had a double bogey on his first hole and posted a 38 on the front. But after making par on the 10th, he reeled off six straight birdies to finish with a 67. He was 8 under, tied for fifth place with Jason Gore and Chris Stroud, who is still looking for his first tour win after losing here in a playoff to Ken Duke in 2013.

“The back nine always plays a bit easier here anyway, so I knew there were going to be some opportunities out there,” Brown said. “So I just kind of hung in there. When my caddie said, `Let’s go get them on the back nine,’ that’s what we did.”

Nick Watney had the round of the day, shooting a bogey-free 64, with three birdies on each side of the course. Watney was at 7 under in a group that included New England native Keegan Bradley.

Thirty-three players were within six shots of the lead including Canadian Graham DeLaet, who sits at 11 under after two rounds and tied eighth.

Ernie Els, who shot a 66 in the opening round, bogeyed the first five holes and missed the cut after shooting a 76 to finished 2-over after 36 holes. Els, making his first appearance here since 2002, threw his club into the air in frustration after bogeying the 12th hole and hitting his tee shot on the 13th left and into the water guarding the green.

Representatives from the British Open brought the Claret Jug to display at the Travelers on Friday, as a reminder to players that four spots and as many as nine in that tournament are up for grabs this week.

The leading five players, not already exempt, from the top 20 in the FedEx Cup will be part of the field at St. Andrews next month.

In addition, the leading four players who finish in the top 12 at TPC River Highlands also will get spots. The Travelers is the first of three PGA Tour events where top finishers can get into St. Andrews. There are four spots available at The Greenbrier Classic, and one at the John Deere Classic.

“I’ve been in professional golf for 18 years now and I’ve never been to Europe,” Gore said. “So that just blows my mind. It blows a lot of people’s mind. Playing at St. Andrews would be a lot of fun, but we’ve got a long way to go.”

Other Canadians in the field Adam Hadwin, Roger Sloan, Nick Taylor, Jean-Philip Cornellier and Mike Weir did not make the cut to play the weekend.