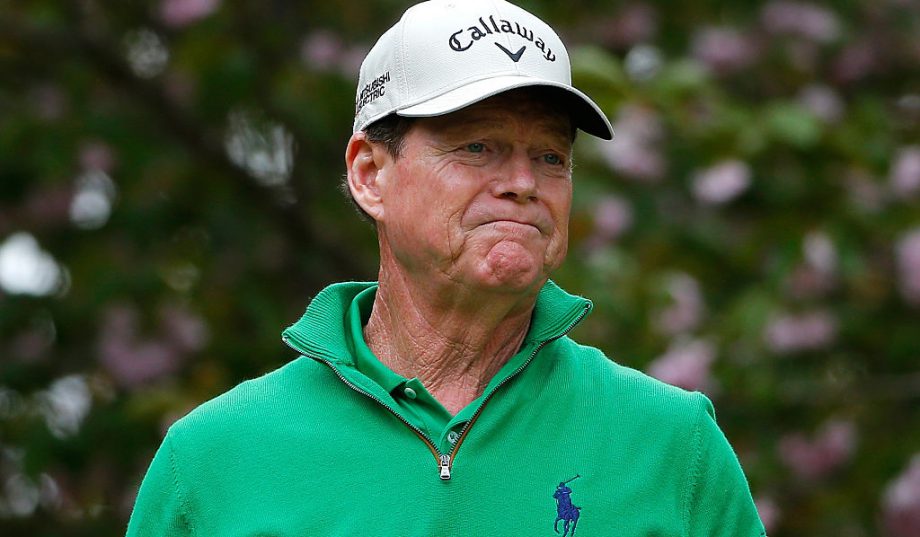 DULUTH, Ga. – Tom Watson said farewell to the Masters last week and then went back to work on his swing.

The results have him in position to make PGA Tour Champions history.

Watson shot a 4-under 68 on Friday for a share of the first-round lead with Tom Byrum and Mark O’Meara in the Mitsubishi Electric Classic.

The 66-year-old Watson is trying to become the oldest winner on the 50-and-over tour. Mike Fetchick set the mark in the 1985 Hilton Head Seniors International on his 63rd birthday.

That fact surprised Watson, who said “Thanks for putting the pressure on me.”

Watson hasn’t won on the tour since 2011, and he wasn’t ready to talk about his possible shot at history.

“We’ll cross that bridge when it comes to it, if we come to it,” Watson said, adding he was confident after arriving early this week.

“I had a good idea on the practice round on Monday I was going to hit the ball pretty well. I made an adjustment to my swing and it carried on through today. I don’t know if that adjustment is going to work tomorrow. I hope it does.”

O’Meara said he is never surprised by low scores from Watson.

“I never underestimate Tom Watson,” O’Meara said. “Every time I play with him, he breaks his age. … He doesn’t cease to amaze me.”

Todd Hamilton, Jesper Parnevik and Kenny Perry were a stroke back at TPC Sugarloaf.

Canada’s Rod Spittle was tied for 16th after a 71, while compatriot Shephen Ames had a 73 and was 1-over.

Olin Browne, who won last year’s tournament when rain washed out the final round, had a 74.

Battling windy conditions, Watson had five birdies and one bogey.

“I putted for 18 birdies today, so I hit the ball well,” Watson said. “That’s pretty good on this golf course. The wind was blowing and I was very happy about the way I hit the ball.”

Watson noted that the 58-year-old Langer was two shots off the Masters lead through three rounds last week.

“There’s longevity in the game if guys keep themselves in good shape,” Watson said.

“When we go play against the kids sometimes we still have a little bit left in the tank, although that course last week is way too uphill for me anymore.”

The story was different Friday when he was happy with his tee shots, including one that helped set up a 15-foot attempt for an eagle putt on the par-5 sixth. Watson settled for a birdie but was still proud of the drive.