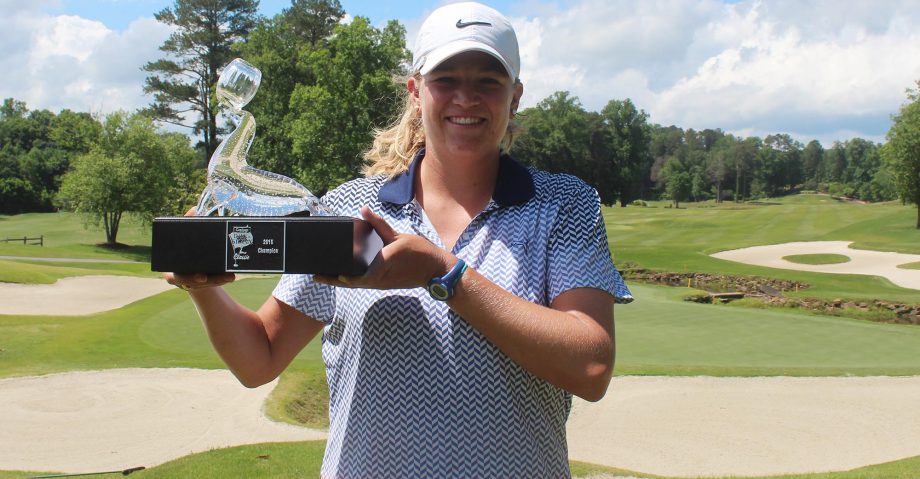 Wearn led after all three rounds, closing with an even-par 72 for a 6-under 210 total at Atlanta National Golf Club. She birdied the par-5 18th after dropping strokes on 12, 13 and 17.

“This win means the world to me, I’m just so excited,” Wearn said. “I haven’t really been that close before so to win the first time I am in contention is really cool. Hopefully, I can take what I learned from this experience and win a few more this year. … It gives me confidence that I can compete out here and that every week is truly an opportunity to win. Confidence is definitely the main thing the win does for me.”

“It was a tough process and it was frustrating that I had to miss most of last year,” Wearn said. “Everyone told me that it takes a long time to come back, but you’ll get there eventually and to win just over a year after surgery is awesome. I definitely didn’t think I’d come back that quickly.”

She has two victories this season, one short of an immediate LPGA Tour promotion, and six top-five finishes.

Wearn opened with a bogey, made a double bogey on the second hole and birdied the third.

“I was pretty nervous off the first tee and I chunked my tee shot,” Wearn said. “I had trouble on 2 also, but on 3 I hit a great shot and made the birdie and that settled me down. I kept telling myself that it is a long day.”

“I hit two great shots on nine and made the putt and on ten I did the same thing,” Wearn said. “On 11, I drained probably a 40-footer so that was awesome when it went in. I was honestly not expecting it at all. I was just trying to two-putt.”

Augusta James of Bath, Ont., carded a final round 74 and ended up with a share of 11th.