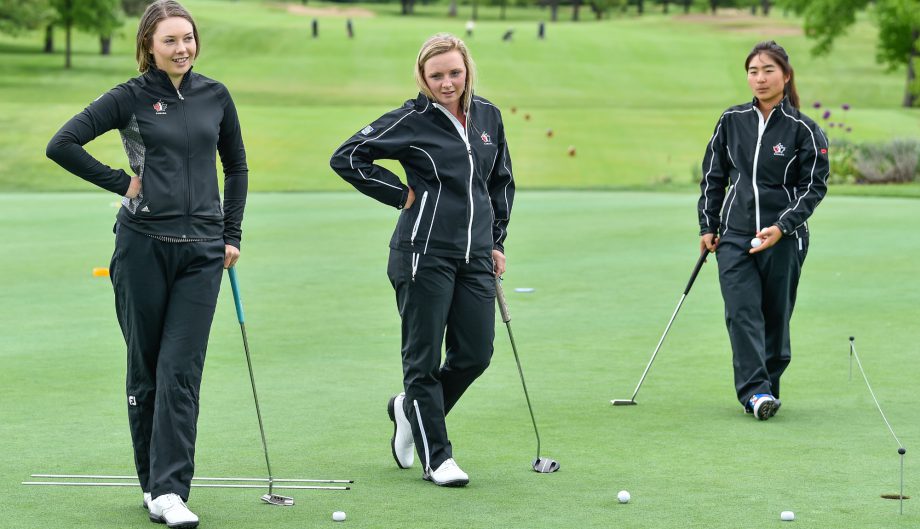 Due to inclement weather only one Canadian completed their round-of-64 match at the Women’s Western Golf Association Championship on Wednesday at River Forest Country Club in Elmhurst, Ill.

Chun held a 2-up lead heading to hole No. 16 but Overbey closed with three straight birdies while Chun recorded a bogey, double-bogey, and a par.

When play was officially suspended at 6:58 p.m. local time after two weather delays Delta B.C., native Mary Parsons from the Development Squad was 1-up through nine on Caroline Smith (Inverness, Ill.)

All four Team Canada Amateur Squad golfers had matches in progress when play was suspended.

Jaclyn Lee (Victoria, B.C.) is 2-down through nine on Maddy Rayner (Southlake Tex.) and Ottawa’s Grace-St-Germain is 1-down through four holes against Angela Aung (Myanmar).

Ellie Szeryk, Maddie’s 15-year-old sister, is 4-up through nine on Jessica Ip (Richmond Hill, Ont.) and Valerie Tanguay (Saint-Hyacinthe, Que.) is all square after four holes in her match against the Philippines Mikhaela Fortuna.