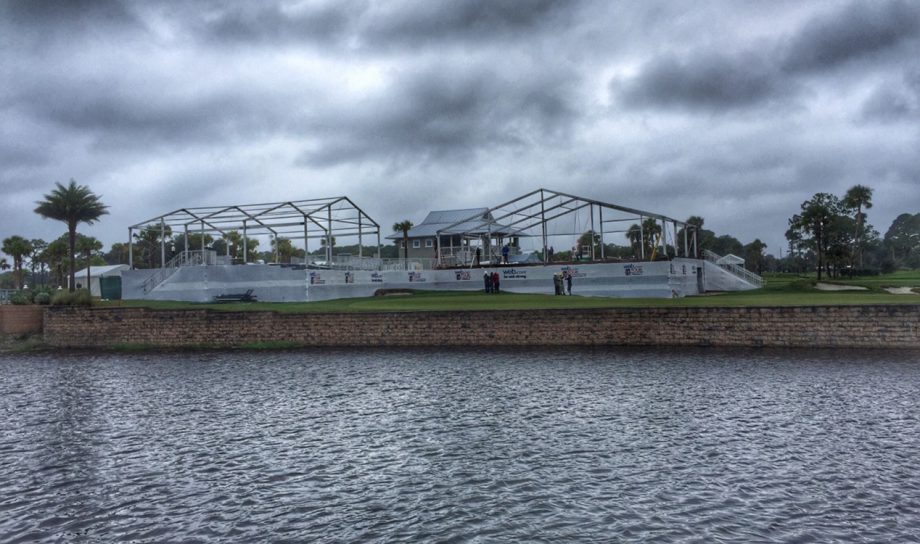 ATLANTIC BEACH, Fla. – PGA TOUR officials announced today that the Web.com Tour Championship, scheduled for October 6-9, has been cancelled due to the pending threat of Hurricane Matthew. An evacuation of Atlantic Beach was issued late Wednesday morning by the city of Jacksonville.

“It is unfortunate that we’ve had to cancel our season-ending event; however, our first priority is the safety of our players, fans, volunteers and staff,” said Web.com Tour President Bill Calfee. “With Hurricane Matthew on the horizon, it is critical that we make sure everyone involved with the Web.com Tour Championship has ample time to evacuate the Northeast Florida area and return home.”

Florida Gov. Rick Scott declared a statewide emergency on Monday and announced the activation of 200 Florida National Guardsmen on Tuesday. On Wednesday, an additional 300 more Guardsmen were activated, with another 6,000 members placed on standby as a precaution in advance of the evacuation.

Preparations for the hurricane were underway at host Atlantic Beach Country Club on Wednesday, with Golf Channel removing towers and staff from the property, and all hospitality tents on the course broken down in advance of the anticipated strong wind gusts.

The Web.com Tour annually awards 50 PGA TOUR cards, with 25 coming at the conclusion of the WinCo Foods Portland Open presented by Kraft Heinz in August, and an additional 25 set for the completion of the Web.com Tour Finals.

The Web.com Tour Championship was slated as the fourth and final event in the Finals, whereby the second set of 25 TOUR cards for the 2016-17 season was to be awarded following the conclusion of play.

With the tournament cancelled, all earnings through three events of the Web.com Tour Finals are deemed final. Per Web.com Tour policy, a minimum of 36 holes is required for an event to award official money.

The event cancellation marks the first for the Web.com Tour since the 2005 Miccosukee Championship, which was cancelled due to Hurricane Wilma.

Information regarding the 25 PGA TOUR cards, as well as priority ranking for the 2016-17 season, will be released shortly.