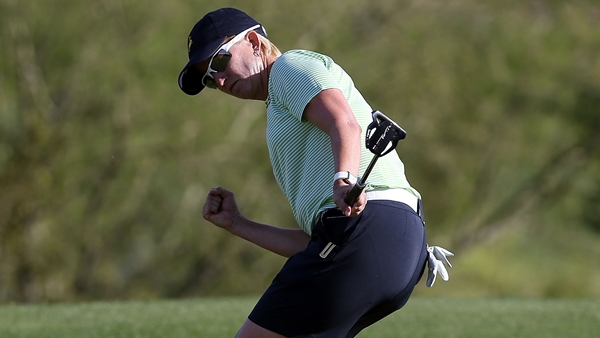 PHOENIX – Karrie Webb flew up the leaderboard with a course-record 9-under 63, then waited about 90 minutes to see if anyone could catch her in the JTBC Founders Cup.

No one could, giving the 39-year-old Australian her second victory of the season and second in four years at Desert Ridge. She won the Women’s Australian Open last month and has 41 LPGA Tour victories.

For the second time in the event, Webb overcame a six-stroke deficit in the final round to win. In 2011, she closed with a 66 for a one-stroke victory.

The World Golf Hall of Famer birdied five of the last six holes, making a 20-footer on the 18th.

Jennifer Kirby of Paris, Ont. was the lone Canadian to make the cut. The former Team Canada member shot 69 and tied for 36th at 9-under par 279.