Webb Simpson breaks out of crowd to take Colonial lead 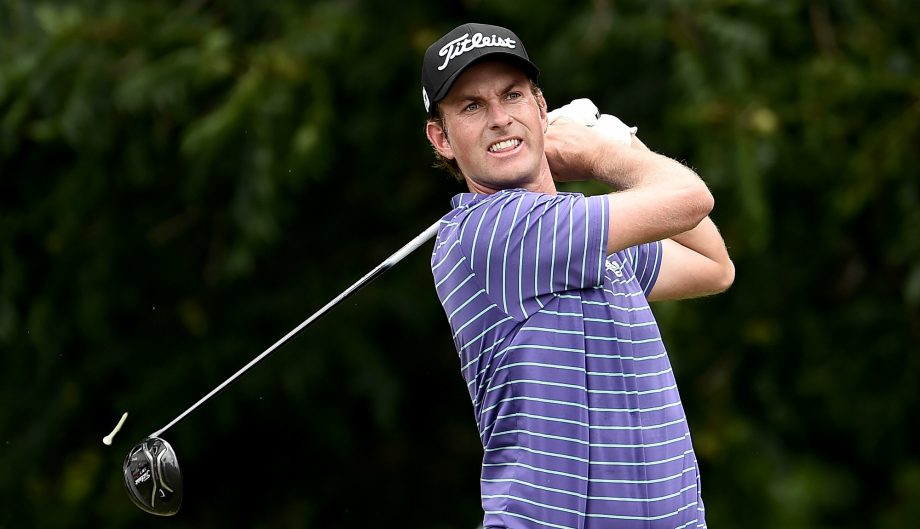 Webb Simpson shot a 3-under 67 on Saturday to break out of a crowd and take the third-round lead at the Colonial.

At 9-under 201, Simpson was two strokes ahead of Danny Lee and Paul Casey after both of them made long birdie putts at the 18th hole. Stewart Cink and Kevin Kisner were three strokes off the lead.

Part of a four-way tie for the 36-hole lead, Simpson went ahead alone to stay after consecutive birdies to start his back nine. He made a 6-foot birdie putt at the 387-yard 10th and a 12-footer at the 630-yard 11th before finishing with seven consecutive pars.

It is only the second time in 12 years at Colonial for the 54-hole leader to have more than a one-stroke advantage.

Defending champion Jordan Spieth shot a 68 with a caddie switch after making the turn, and was at 4 under.

Spieth’s regular caddie, Michael Greller, left the course after 11 holes because of heat exhaustion on a steamy day with temperatures in the 90s and the heat index higher than that. Damon Goddard, the personal trainer for the player and the caddie, carried the bag the rest of the round – a stretch when Spieth had a bogey and two birdies.

Lee and Kisner also were tied for the second-round lead, along with Scott Piercy, whose shot 72 to fall five strokes back.

After three birdies and three bogeys his first eight holes Saturday, Lee had a steady stream of pars until finishing with a 16-foot birdie for a round of 69.

Casey, who shot 68, was alone in second for only a couple of minutes. He made a nearly 25-foot birdie putt that had just enough speed to fall into the cup at No. 18, while Lee was playing in the group behind him. Casey was 1 over for the day without a birdie until starting his back nine with three birdies in a four-hole stretch that included a bogey.

Piercy was still within a stroke of the lead at 8 under after a par-saving 13-foot putt at the 12th hole after driving into the rough and hitting his approach in a greenside bunker there.

Piercy then promptly hit his tee shot at the par-3 13th into the pond on way to a double-bogey. He followed with another bogey at 15 when he drove into the rough and then hit into a greenside bunker, and did the same at No. 18.

Simpson, the 2012 U.S. Open winner playing in the final group, started the round with birdies at the first two holes. He gave one of those back with a bogey at the par-3, 192-yard No. 8 after missing the green with his tee shot.

Since losing a playoff to Hideki Matsuyama at Phoenix, Simpson had missed four of nine cuts before this week. The four-time PGA Tour winner’s best finish in that stretch was a tie for 11th at the RBC Heritage.